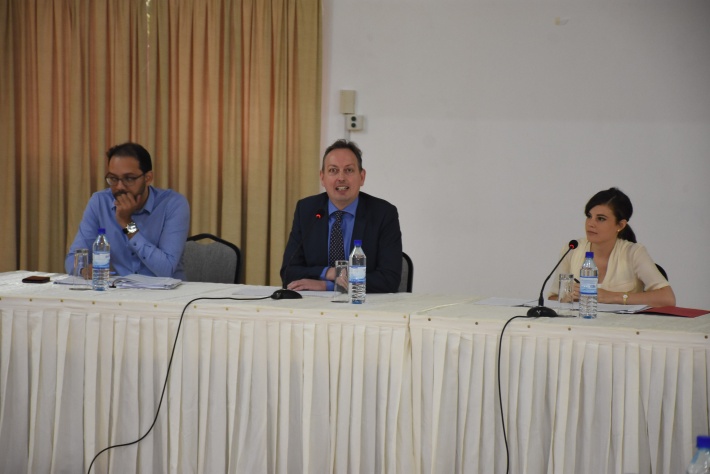 The Ministry of Finance, Trade, Investment and Economic Planning yesterday continued with its series of consultative meetings as part of its efforts to engage stakeholders in the review of the country’s business tax regime.

This is being conducted in collaboration with Organisation for Economic Cooperation and Development (OECD) which is tasked with the responsibility to collate a report and provide recommendations to guide the ministry to develop the new regime.

After a meeting with the agricultural, fisheries and financial services sectors the previous day, yesterday’s meeting was a general consultation with various other stakeholders in sectors ranging from manufacturing to insurance and construction.

But the largest turnout was from the creative industries sector wherein musicians, painters and other artists came out in droves to contribute to the discussions.

During the meeting, representatives from the creative industries noted that most artists and musicians are unclear on the process by which they should pay taxes.

They further highlighted that, unlike other businesses, the revenue earned by those working in the creative industries is unstable and unconventional, and therefore the government should consider developing a form of taxation better suited to the artistic sector.

It was also agreed, by some in the room, that tourism sector has now reached its maturity and should no longer be provided with the tax concessions it currently benefits from, particularly the tourism establishments that are foreign owned.

Speaking after the meeting, OECD consultants explained that the consultative meetings have raised recurring challenges with the current tax regime.

“One of the common challenges we have noted in these sessions so far is that there is a lot of misunderstanding with taxpayers and what they are supposed to pay. So there is a big role ahead for the Ministry of Finance and the Seychelles Revenue Commission to explain to taxpayers what they need to do,” Mr Brys stated.

“A lot of stakeholders also mentioned that one of main the difficulties is that different sectors are subjected to different tax regimes. So there are a lot of tax incentives for some sectors and none for others,” Ms Perret added.

“The tax system itself is not that complicated but there are different sectors that receive different treatments. It’s also something we have noticed in the data so we are also analysing the data as part of this exercise,” she further offered.

Ms Perret divulged that their preliminary result have shown that there are around 10% of companies in Seychelles that are carrying the bulk for almost all business tax in the country.

“A segment of this 90% consists of fishermen, farmers and artists who are not contributing much because they are not earning much profit in the first place, so the idea is not to go after them asking for heavy tax payments. We are just thinking that there should be a culture of compliance and contributing a little to the system, instead of being outside of it which has been the culture for some time.”

However the other segment of the 90% consists of companies that are making a lot of money but have either established strategies to avoid paying some taxes or are benefitting from special tax incentives.

The end recommendation would be for Seychelles to adopt a fairer, homogeneous and more balanced tax system where the 90% contribute a little bit more than they presently do.

“These tax incentives were justified at some point but are too generous today and if you opt to limit preferential tax regimes, that gives you more room to have a lower tax rate that applies to all businesses.”

The consultative meetings will continue today with meetings scheduled on Praslin and La Digue.

The business tax review exercise is expected to be finalised by the end of 2019 wherein the OECD report and recommendations will take into account the issues raised in the consultative meetings as well as data analysis undertaken by OECD consultants.

The new regime is hoped to be implemented as from 2020 if all goes well. 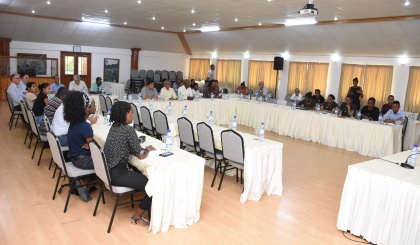