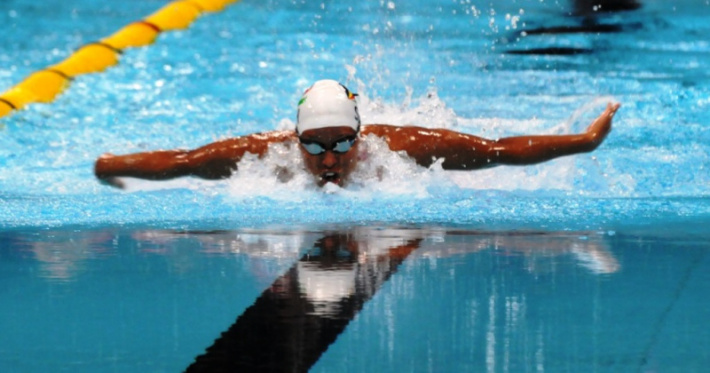 Passon will compete in Barcelona at the weekend

As part of her preparation for the Games of the XXXII Olympiad scheduled to take place in Tokyo, Japan in July, swimmer Felicity Passon will be taking part in the third leg of the Mare Nostrum swimming circuit in Barcelona, Spain on June 5 and 6.

The Mare Nostrum series is a three-part swimming circuit by the Mediterranean Sea, with meets in Canet en Roussillon (France), Barcelona and Monaco.

It gives out bonuses to the top four men and women overall, adding up competitors’ best meets in the Fédération internationale de natation (Fina) points at each of the tour stops. The swimmer with the highest race total wins the tour.

The first stop of the 2020 Mare Nostrum Tour was originally scheduled for June 6-7 in Monaco, while the second for June 10-11 in Barcelona and the third for June 13-14 in Canet.

However, due to the ongoing Covid-19 pandemic, the organisers announced the tri-meet’s cancellation.

The circuit is popular among swimmers from around the globe, with significant prize money typically up for grabs. Awards at all three stops have historically been given based on Fina point swims – the top swimmers at each stop are the swimmers with the highest single Fina points score for an individual event.

In 2019, each meet offered its own version of bonus money for various levels of record-breaking swims (up to €20,000 for a world record).

That tour also saw South American records from youngster Delfina Pignatiello in the 800m and 1500m free, a lifetime best from Katinka Hosszu in the 100m fly, a three-event breaststroke sweep for Yuliya Efimova across the tour, and numerous national records from international swimmers.

Passon has nearly qualified for the Games’ Olympic selection time for this year’s Olympiad, achieving the ‘B’ qualifying time in the 200m backstroke.

Passon achieved the Olympic selection time (OST or B qualifying time) in the 200m backstroke in the heats of the Durban Grand Prix which is an Olympic Games qualifying event. She touched the wall in 2 minutes 13.94 seconds (2:13.94).

Although Passon has met the ‘B’ qualifying time, she has to wait until June to see if she will make it to Tokyo provided the quota of 878 athletes has not been met.