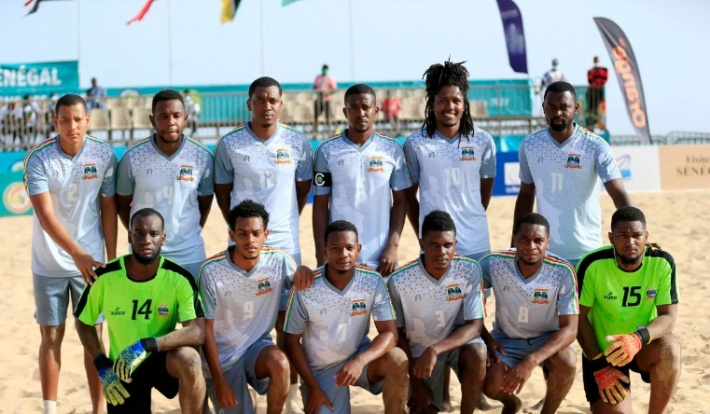 The Senegalese adventure of our national selection at the ongoing African Beach Soccer Cup of Nations came to an end on Tuesday following a heavy 2-12 defeat at the hands of Egypt in their third match at the competition.

Tuesday’s defeat was the third in as many matches for the team at the continental tournament, after losing their opening match to Morocco on Sunday and their second outing against Mozambique on Monday.

In their first on Sunday, the boys of head coach Don Anacoura lost 2-5 to Morocco, before losing 3-7 at the hands of Mozambique in their second group encounter on Monday.

In their last group match against the Pharaohs of Egypt on Tuesday, Seychelles suffered a heavy 2-12 defeat, getting its marching order from the tournament.

With three wins in as many games, Mozambique are the winners of group B and have qualified for Friday’s semifinals. They await to know their opponents as Senegal were to play against Tanzania in group B yesterday. In yesterday’s other match, Egypt were to face Morocco to decide the group B runners-up.

Drawn in group B alongside Mozambique, Morocco and Egypt, Seychelles booked a spot at the final phase of the tournament after Madagascar withdrew their participation in the qualifiers last month.

The other group is made up of Senegal, Tanzania and Uganda after the Democratic Republic of the Congo decided not to take part at the very last minute.

Egypt qualified automatically to the finals as the highest-ranked entrant based on the results of the previous competition.

Seychelles first took part in the tournament in 2015 when they played hosts and finished last out of eight teams without a single win and Madagascar were crowned the kings of African beach soccer after beating 2013 champions and early favourites Senegal in an exciting penalty shootout after the score remained locked at 1-1.

The tournament has been running since 2006 and Egypt has the most appearances at the competition, with 10 appearances, having played at every cup since its inception, while Senegal lead in terms of victories with five and have qualified for the World Cup seven times. Nigeria have been to the World Cup six times.

The competition is due to conclude on Saturday May 29, with the two teams who reach the final qualifying to represent Africa at the 2021 Fifa Beach Soccer World Cup, scheduled to be held in Moscow from August 19 to 29.

The Seychelles delegation at the African Beach Soccer Cup of Nations: 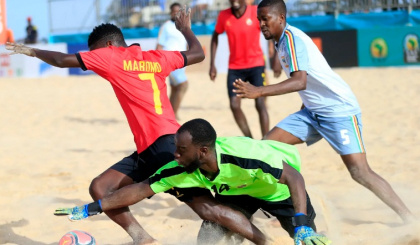 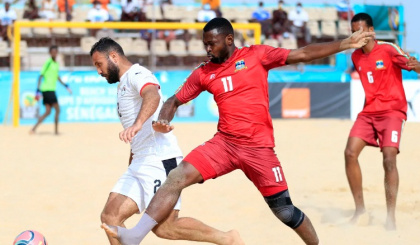