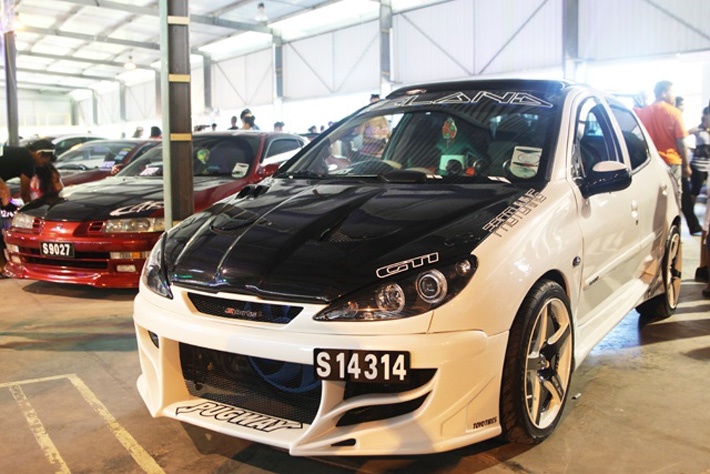 People of different ages turned up in numbers for the second car show organised by the Seychelles Modified Car Association on Saturday at the National Sports Council Hall, Roche Caïman.

Keeping with last year’s tradition, the show started at 2pm and for a small fee, anyone could enter and enjoy the eye candy.

The Seychelles Modified Car Association is a group of about 995 members who all share the passion for modified cars.

Like last year, the public came to the show with the anticipation to be wowed by the assembly of modified cars, but some of the most impressive cars from last year did not show up. The cars seemed a bit more tamed. Still there were the deafening ravings of engines, the fire spitting exhausts, but the donuts from last year were apparently disallowed, because of a possible danger to the crowds.

This year the organisers introduced a public voting system whereby each car had a code and members of the public were encouraged to send their votes through SMS to 9688. In addition there was a new competition whereby competitors voted for the car with the best and loudest car stereo system. People rallied around the competitors and each had a turn to play the same music ‘Turn down the what’ by Dj Snake and Lil Jon.

After the car show, the organisers asked the competitors to roll out their cars and the after party continued with a number of Djs ensuring the crowd was kept on its feet. This year’s show was different in some ways from last year’s and I personally feel that it was a hit in terms of the public turnout, but the show itself and the cars that were present weren’t of the same calibre in terms of how extreme they looked, and for me at least I wasn’t as impressed as last year.

So let’s hope that the third show will bring back the crowd favourites from last year, and maybe bring a little something extra, that would wow the crowd even more.

So until next time, do not drink and drive, always wear your seat belt, and respect the rules of the road.

The accompanying photos were taken during Saturday’s show.