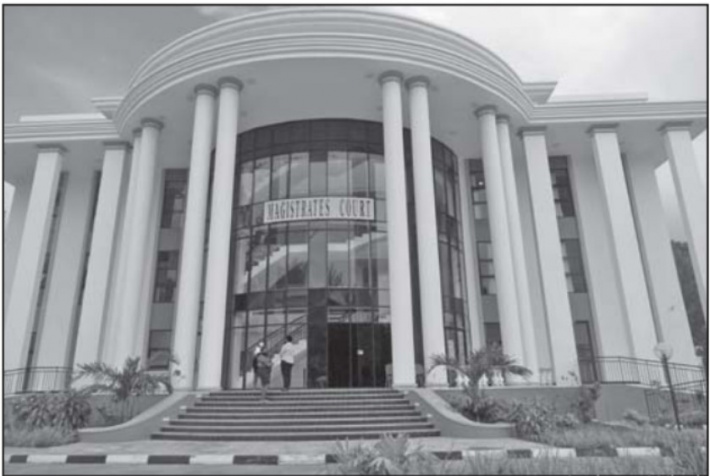 The new Magistrate Court was virtually inaugurated recently and handed over by the Indian Prime Minister Narendra Modi and the President of Seychelles Wavel Ramkalawan.

The new Magistrates Court which stands next to the Palais de Justice at Ile du Port is equipped with modern facilities including eight court rooms and private chambers, separate holding cells, multi-purpose conference rooms, playroom facilities and even a gymnasium and recreational space on the top floor.

During the handover ceremony, President Ramkalawan remarked that “the inauguration of the Magistrates Court is a significant accomplishment for the Judiciary in Seychelles”, noting that the state-of-the-art building now provides for greater security and comfort in the daily operations of the Magistrates Court, allowing for a more conducive environment and greater efficiency for the administration of justice.

Term dates: The Magistrates Court sits all year except during the Christmas vacation from December 10 to January 10.

Monthly sittings are also held on Praslin and La Digue.

There are usually six magistrates, five in Victoria and one at Anse Royale. Two of these are senior magistrates who have greater sentencing powers. Magistrates hear cases by themselves. They are all legally trained and they are appointed by the Minister for Legal Affairs.

Appeal: If a person is not satisfied with the outcome of his/her case, he/she may appeal to the Supreme Court.  The person must:

1 – Lodge a Notice of Appeal, in writing, with the Supreme Court Registrar within 14 days

How are proceedings regulated?

Proceedings before the Magistrates Court are regulated by the Seychelles Criminal Procedure Code and the Courts Act (Magistrate Court rules).

The Evidence Act applies to all cases before the Court; however the Courts can be more flexible when it comes to the procedure of taking the evidence of vulnerable witnesses.

How does a case come before the Magistrates Court?

The police are in charge of investigating cases and may decide as a result of an investigation that they wish to remand a suspect in custody for a period of 24 hours. Any extension of time can be granted by the Court and must be brought in the form of an Application supported by an Affidavit of fact.

Alternatively, once the police have completed their investigation they will submit the case file to the Attorney General’s Chambers who then takes the decision whether or not to prosecute a case. Once a decision is taken to prosecute a Prosecutor will be assigned to the case.

The Attorney General’s Chambers has the discretion to decide before which Court to bring a case and whether or not a person is charged before the Magistrates Court depends on the gravity of the offence and the sentencing powers of the Court.

All civil claims under R250,000 in value can be heard by a Magistrate and R350,000 by a Senior Magistrate. All claims are brought via plaint and can be filed by a lawyer or claimant in person.

The kind of criminal cases that go to the Magistrates Court

Why would a criminal case be referred to the Supreme Court rather than the Magistrates Court?

Some cases are referred to the Supreme Court due to the severity of the offence and the limited sentencing powers of the Magistrates Court. For example, sexual offences which involve penetration, or involve blackmailing and coercion are often heard before the Supreme Court. The same is true for drug trafficking and importation cases for which more severe sentences are sought.

Magistrate Ng’hwani has left her post as of end of March 2021 and the Judiciary is in the process of recruiting a new Magistrate to replace her. She was with the Judiciary since March 2011.

Photos contributed by Judiciary of Seychelles