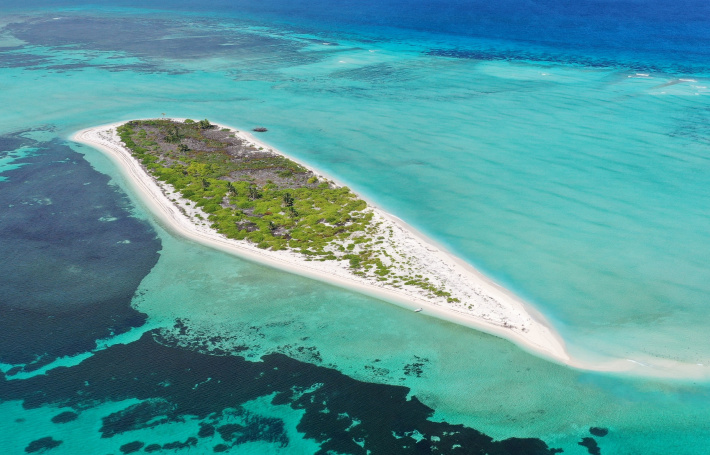 Bancs de Sable - This mature sandbank on the western rim of Farquhar could be an example of what the new structure will become (M. Morgan)

In the face of climate change and sea level rise, it looks like Farquhar Atoll (one of Seychelles’ outer islands) is developing a new island.

The atolls lagoon is very dynamic (sediments and sands frequently shift), and although the emergence of sandbanks has not been studied in detail, they are known to appear in various locations.

These changeable structures are often influenced by climatic events and the monsoon phase. Interestingly, a large bank of sand arose following cyclone Fantala in 2016. However, the structure had subsided below the mean high-water mark by 2018. In contrast, Farquhar’s most westerly island, known as Bancs de Sable (due to its humble beginning) is thought to be around 50 years old and is a fully vegetated island.

The Island Conservation Society (ICS), who set up a conservation centre on Farquhar in 2014, routinely record the dimensions of notable sandbanks using GPS devices, allowing them to track the stages of this new formation.

Its location, known as Derrick by Islands Development Company (IDC), owes its name to a nearby wreckage of a cargo crane (known as a derrick).

In late 2019, ICS observed that the sandbank here had gained elevation beyond that of the high water mark, giving it dry land.

Its emergence above water was certified when vegetation quickly began colonising, with the coastal shrub Bwataba (Tournefortia argentea) acting as the predominant pioneer species.

Over a year later, the pioneer plants which were at seedling stage in December 2019, are now over a metre tall and 2-3 metres wide.

The number of animals using the structure has also increased; Greater crested tern numbers have gone up from 10-20 breeding pairs to over 40, both Green turtles (Chelonia mydas) and Hawksbill turtles (Eretmochelys imbricata) have started nesting, and thousands of young hermit crabs now litter the sand.

This presence of animal life will help increase the sand’s fertility, thus encouraging the vegetation to develop.

The roots of plants will then play a role in solidifying the structure by binding loose substrates together. This combination of animals and plants, along with several other processes, can help create the foundation of a permanent structure with resistance to erosion, ultimately leading to creation of an island.

Although the signs are currently encouraging, at this early stage it is hard to say whether this could be the start of a permanent island… or another temporary emergence.

Nonetheless, ICS will continue to track its progress, which could turn out to be the 11th island of Farquhar Atoll. 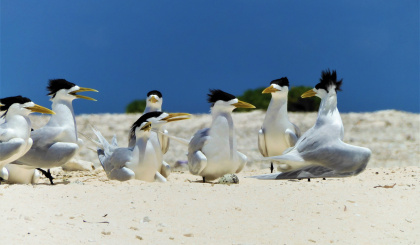 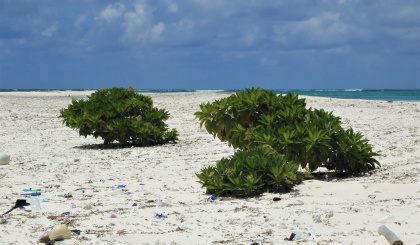 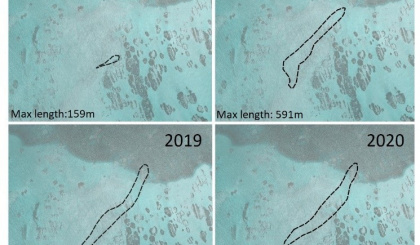 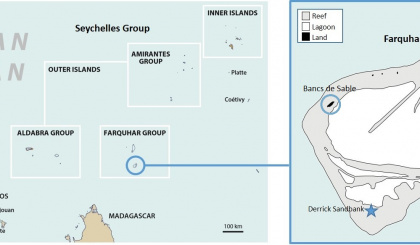 A map indicating the location of Farquhar Atoll and the position of Derrick sandbank (M. Morgan) 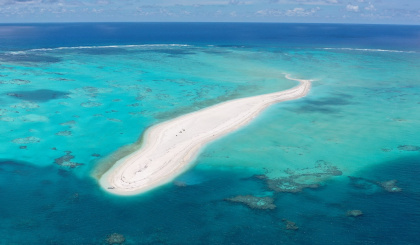