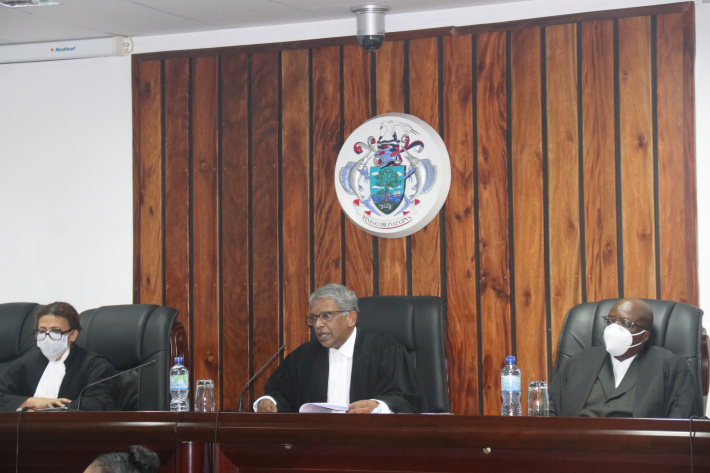 The Court of Appeal delivering the judgment (Photo: Thomas Meriton)

The Court of Appeal on Friday dismissed, with no order for costs, the appeal of Durai Karunakaran against a Constitutional Court judgment in a matter against the Attorney General, on the basis that the appeal is “without merit”.

Justice of Appeal Oagile Dingake in delivering the judgment stated that most of the seven grounds relied upon by the appellant are without merit, including grounds 1 and 2 which proposed that the Constitutional court failed to apply relevant law and legal principle and that it erroneously departed from the preliminary objection.

Court found that ground 3 and 7 are also without merit, elaborating on the Court of Appeal Rules, rules pertaining to the qualification and appointment of Justices, Judges and Masters.

“It is our firm conclusion that none of the Grounds of Appeal raised by the Appellant has any merit,”.

“We are not persuaded to do as the Appeal raises constitutional issues of some significance and this court would be loath to order costs in this type of case which may have a chilling effect on potential litigants who may wish to approach the court to vindicate their constitutional rights. In the result, this appeal is dismissed. We make no order as to costs,” Justice Digake ordered.