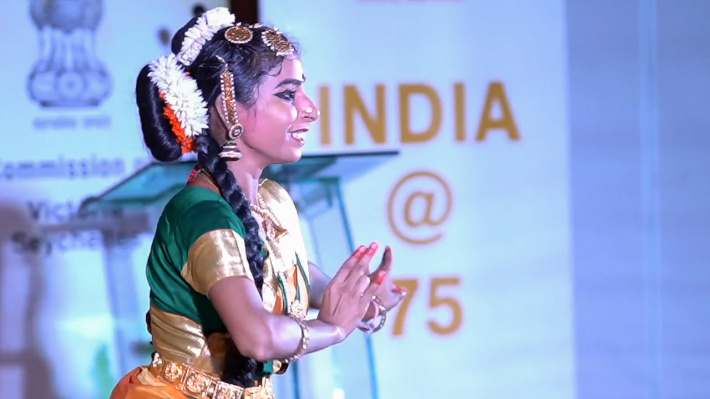 A live online broadcast of Indian classical dance (Bharatanatyam) performance by Natya Rathna MsArthi Kalidasan was organised by the high commission of India in collaboration with the Pillay R Natyalaya on April 29, 2021 from 5pm to 5.30pm as part of its ongoing India@75 – AzadikaAmritMahotsav commemorating the 75 years of India’s independence.

Bharatanatyam is among the oldest of the classical dance forms in the world with a history that goes back more than two thousand years. It is a classical dance style of South India, mainly from State of Tamil Nadu, that combines artistic expression with a sense of spirituality. The highly trained dancer performed precise hand gestures, intricate footwork, and vivid facial expression with fluid movement.

The high commissioner of India, General Dalbir Singh Suhag inaugurated the event. He spoke about the significance of India’s independence in the world’s history and the progress made by India in the past 75 years. He also remembered the freedom fighters and the founding fathers of the nation.

This event was streamed live on the various social media platforms of the high commission of India. This programme was exclusively arranged for audience on virtual platforms only, keeping in view the ongoing pandemic and respecting Covid safety protocols.

An honorarium along with a Certificate of Appreciation was presented to Ms Kalidasan for her performance. The winners of an online quiz contest which was held on Ambedkar Jayanti on April 14, 2021 were also awarded prizes on the occasion.

The accompanying photos show some highlights of the dance performance. 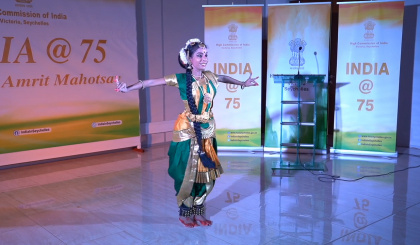 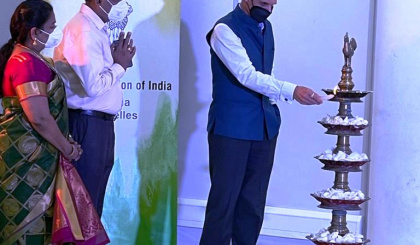