Swimming: Mind Over Matter Challenge ‘The challenge is bigger than me, but I am ready to push myself to achieve it,’ says Passon |10 April 2021 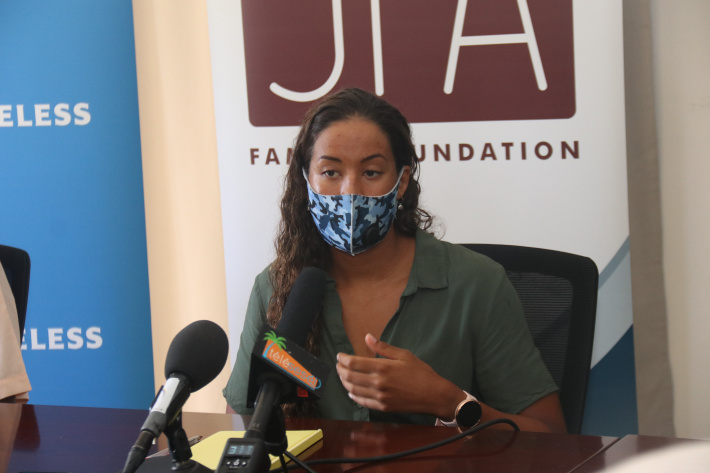 “The challenge is bigger than me, but I am ready to push myself mentally and physically to achieve it, not only for myself, but to raise awareness for mental health.”

Reining Sportswoman of the Year Felicity Passon made the statement at the official launch of her upcoming ‘Mind Over Matter Challenge’ which is an approximately 15km crossing, swimming from La Digue to Praslin and back to the starting point.

Scheduled for Saturday April 24, the challenge which is a charity event which will go towards a mental health project, precisely the setting up of an e-counselling service, is receiving the full backing of the Ministry of Youth, Sports and Family – through its quality of life division – and the National Sports Council (NSC), along with several other main partners who have already brought their financial contributions towards the cause.

In a press conference yesterday at the Family House building at Bel Eau, Passon revealed the details of her challenge which will be a first in the history of local sports, as well as her swimming career.

Primarily, all the funding from the project will go towards the setting up of an e-counseling service which will extend and boost the existing services being offered by the ministry.

Services are typically offered via email, real-time chat, and video conferencing, while some clients are using videoconferencing, live chat and email with professional psychologists in place or in addition to face-to-face meetings.

Also present at yesterday’s press conference were the chief executive of NSC Jean Larue and director general of the quality of life division Beryl Naiken.

Benefits of the e-counselling service

Mrs Naiken explained that due to the intensifying psychological strain emitted by the Covid-19 pandemic on the population, appropriate psychosocial support and assistance are urgently necessary and the setting up of a telephone counselling or e-counselling service will facilitate the process of counselling and psychological assistance to the public, making the service accessible regardless of social distancing.

She noted that the use of distance communication technologies for counselling or therapeutic support has for the past decade gradually become an accepted means of delivering a variety of mental health services, including counselling, therapy, consultation and psycho-social support.

Telephone counselling or e-counselling among a number of other terms used, reflect the nature of remote counselling services established between a client (s) and a certified specialist guided under an ethical framework.

Basically, it forms part of the multi-level shifts across various realms to adjust to the various global needs regarding the pandemic.

The contribution of sports in community-based projects

Welcoming and commending the project, Mr Larue noted that the sports community, both locally and at international level, has been affected in one way or another by the Covid-19 and that athletes, especially those who had high targets, have been affected significantly.

As part of its restructuring plan, the NSC will make space for a sport psychology unit which will deal with optimal performance and well-being of athletes, developmental and social aspects of sports participation, and systemic issues associated with sports settings and organisations.

The sports psychologists involved will primarily work with athletes, coaches and referees, from amateur to elite level.

Their work will centre on how psychology influences sport and how it can improve performances, while preparing sporting professionals for the demands of their job, such as competition and training.

Mr Larue further added that it is very encouraging to see such an initiative coming from a young athlete.

This, he said, shows that Seychelles as small country has the potential to produce, not only good athletes, but also intelligent and well-focussed individuals.

He also commended Felicity’s family for the full backing towards the challenge.

Being a high-level and successful athlete, Passon most of the time finds herself under a lot of pressure to please her fans and in most cases the whole country which is always behind her at every international competition.

In many cases, the physical and psychological demands placed upon such athletes by the sporting environment may predispose athletes to developing depression.

As an athlete's symptoms of mental illness intensify, their performance can be negatively affected leaving them vulnerable and exposed to further symptoms of common mental disorders.

In 2019, prior to the 10th Indian Ocean Islands Games (IOIG) in Mauritius and the 12th All-Africa Games held in Rabat, Morocco, Passon said she was going through a very difficult period and it was at that time that she realised the importance of a good mental health before a competition.

She noted that she is very grateful that during those difficult periods, she received the full support and encouragement of the Seychellois nation, enabling her to cast everything aside and enter the competitions fully confident, putting up solid performances.

“All those support made a great difference, boosted my confidence and helped me to give a good performance. Now, I feel that it is my turn to make my contribution and give back to my country,” explained Passon, who added that the name ‘Mind Over Matter’ also serves to remind everyone that being in the right state of mind will help you to overcome any challenge, regardless the size.

“The challenge is bigger than me, but I am ready to push myself mentally and physically to achieve it and I hope that it inspires other young people to step up and play their role in contributing towards a better community and society,” added Passon.

A three-time Young Female Athlete of the Year winner in 2014, 2015 and 2016, Passon won 11 medals – seven gold, three silver (one individual and two in relays) and one bronze – at the 10th Indian Ocean Islands Games (IOIG) to become Seychelles’ best ever swimmer at these Games. She beat Shrone Austin who won 10 medals – 7 gold, 1 silver and 2 bronze – at the 7th IOIG in Madagascar in 2007.

At the 12th African Games in Rabat, Morocco in August, Passon won four medals – two gold, a silver and a bronze.

The exploit made her the first Seychellois swimmer to win a gold medal at the African Games.

In full preparation for the upcoming the XXXII Olympiad scheduled for Tokyo, Japan from July 23 to August 8, 2021, Passon noted that she has not changed her training for the challenge, other than adding two extra sessions, just to get use to sea water and the current.

For security reasons, Passonsaid the challenge will not be advertised as an event of the day in terms of fans attendance, firstly due to the social distancing protocol and secondly to avoid a lot of boats in the water while she is swimming.

The latter, she said, will help to reduce the amount of waves in the area which might have a negative impact on her performance.

“From a distance, everyone is welcomed to support me and the cause,” added Passon who also noted that even if she never attempted the course, she had no second thoughts in deciding to go along with it.

“Even if my mother is a little bit worried about the challenge, I am all into it since I know it is for a good cause and that the money will be well spent,” she added.

Regarding security measures for the challenge, Passon explained that her technical team is making sure that all security protocols are observed, linking with various partners, including the Seychelles Coast Guard, the Seychelles Maritime Safety Administration (SMSA) and the lifeguard unit of the Seychelles Fire and Rescue Services Agency.

It is also worth noting that the health authority has fully endorsed the challenge, after agreeing that all the necessary standard operating procedures (SOP) were in place.

Set to begin at 6.30am to avoid the early morning sunrise, Passon is estimating that it will take her around four to five hours to complete the course, all depending on the condition of the sea on that particular day.

She also thanked all the major sponsors and all those who have already started to donate towards the cause.

Below are the respective details for donations 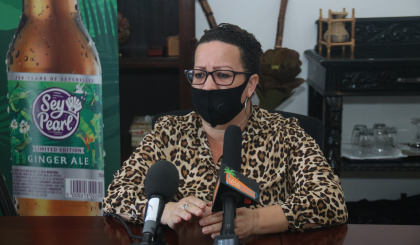 Beryl Naiken, director general of the quality of life division within the Ministry of Youth, Sports and Family 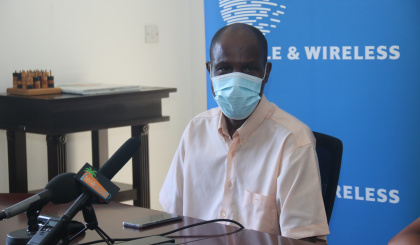