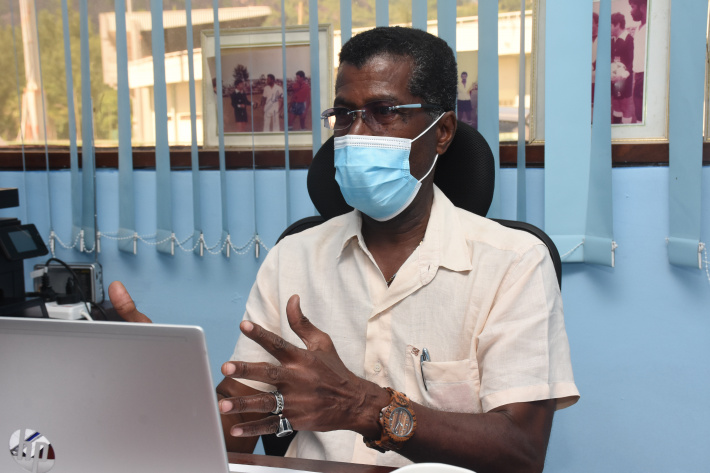 Seychelles’ involvement at the 2020 Africa Beach Soccer Cup of Nations is still uncertain due to the ongoing restrictions set by the health ministry in the effort to mitigate the spread of the Covid-19 locally.

At this year’s Africa Beach Soccer Cup of Nations (BSAFCON) scheduled for May 23-29 in Senegal, the fourth to be hosted, Seychelles are to host Madagascar on May 1 in the first leg of the qualifiers for the knockout stage, while the second leg will be played on May 8 in Madagascar.

Originally scheduled for March 25, the first leg encounter was pushed due to the restrictions on sports activities due to the Covid-19.

Secretary general of the Seychelles Football Federation (SFF) Georges Bibi said while he was in Morocco earlier during the year, he met and agreed with his Malagasy counterpart through a joint signed agreement to push the home and away qualifying matches to May 1 and 8. The decision received the approval of the Confédération Africaine de Football (Caf).

Looking very disappointed, Mr Bibi explained that the SFF is well aware that at the moment team sports activities are on hold and it was within that spirit that he personally, as the person responsible to run local football, made an official request to the health ministry to allow the national team players to begin training, since there is barely a month before the qualifiers.

Mr Bibi said the SFF came up with various precautionary suggestions, in order to prevent the spread of the Covid-19 and unnecessary incidents which can affect, not only the players and coaching staff, but most importantly their families.

He said the local governing football body proposed that they carry a monthly polymerase chain reaction (PCR) test on all players and coaching and medical staff, as well as a rapid test prior to each training session, all funded by the SFF.

Only nine percent of the players have not received their vaccine yet.

Mr Bibi said all the above suggestions were sent to the health authority in the form of an email, to which the reply simply stated that all the restrictions are still ongoing, therefore no training sessions are allowed.

This, he said, is not helping sports at all, and he would appreciate better suggestions from the health authority, instead of just shutting them out without any option.

Mr Bibi added that other than paying for the tests, the SFF is ready to collaborate with the health authority by observing all the protocol and standard operating procedures (SOP) in place.

“There is no cooperation from the health ministry and this is very frustrating,” added Mr Bibi who noted that football is still being played overseas, especially in European countries where there the rate of infection is way higher than in Seychelles.

“All those countries are under lockdown compared to us who have opened our borders, so I do not see a problem in allowing the national selection to start training under strict guidelines, while people from everywhere around the world are entering the country,” further noted Mr Bibi, who added that players are even crossing borders to play World Cup qualifiers.

He also urged the health ministry to think deep into the situation and added that a healthy nation will surely help to promote a healthy and balanced economy.

In case of any suspicion of infection regarding the Malagasy selection, Mr Bibi explained that the SFF can use its facility at its headquarters at Maison Football to harbour them, just maintain the spirit of social distancing.

Avoiding the qualifier after registering and offering its commitment, the SFF will be liable to a huge fine from Caf, Mr Bibi explained.

The 2020 BSAFCON will be the fourth premier beach soccer championship in Africa contested by men's national teams who are members of Caf.

Overall, this will be the 10th event.

The tournament was due to take place in Jinja, Uganda between November 23 and 29, 2020, but due to the Covid-19 pandemic and rising water levels on the shores of Lake Victoria affecting the host beach, Uganda withdrew from hosting.

Senegal was subsequently chosen as the new hosts, with the tournament rescheduled to take place from 23 to 29 May 2021.

The event also acts as the qualification route for African teams to the 2021 Fifa Beach Soccer World Cup in Russia, with the winners and runners-up qualifying.

Senegal are the defending champions.

The 2020 Africa Beach Soccer Cup of Nations qualifying round determines the eight teams who will compete in the final tournament in May 2021.

Qualification ties are played on a home-and-away, two-legged basis. If the sides are level on aggregate after the second leg, the away goals rule is applied, and if still level, the tie proceeds directly to a penalty shoot-out (no extra time is played).

Fourteen teams have entered the competition and the qualifying matches will involve the lowest-ranked twelve entrants.

The six winners of the ties qualify for the final tournament, joining two automatic qualifiers – Senegal as the hosts and Egypt, the highest-ranked entrant based on the results of the previous edition.

Egypt finished third in 2018 behind Senegal and Nigeria, who had previously competed at every edition of the tournament and qualified for the World Cup from the last two championships, but were unable to enter this year's tournament because the Nigeria Football Federation (NFF) had indefinitely barred the national team from competing following the team's "poor outing" at the 2019 World Cup.

Head-to-head matches to determine the other six participating nations 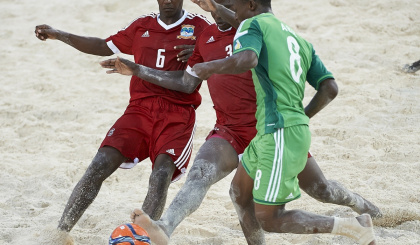