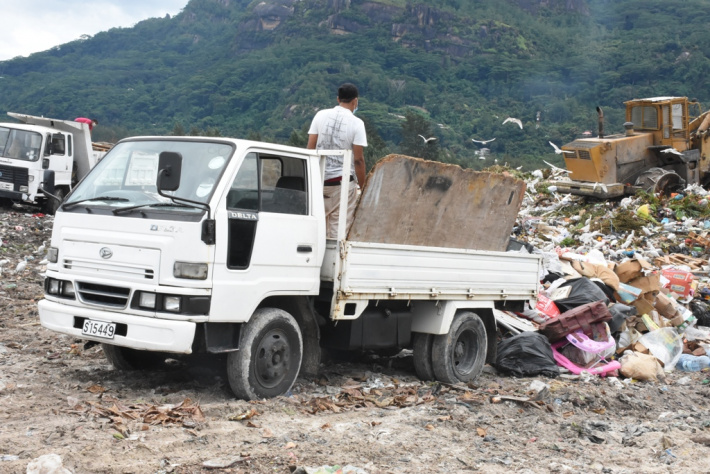 The Landscape and Waste Management Agency (LWMA) yesterday launched its first pre-Easter clean-up exercise which involves the removal of accumulated rubbish across the country by residents and non-governmental organisations.

In line with this activity, which will end on Sunday March 28, 2021, the landfills being managed by LWMA on Mahé, Praslin and La Digue will remain open from 8am to 3pm for the dumping of the garbage without any charges. Businesses will however continue to pay for dumping their unwanted garbage during this period.

He was hoping that more people would respond to the call on all islands for the remaining days.

He called on residents and non-profit organisations in the country to take the opportunity of the free access to the landfills for the remaining days to dump their garbage.

This pre-Easter clean-up forms part of a new campaign by the Ministry of Agriculture, Climate Change & Environment to remove maximum waste in the country through three planned clean-up activities per year instead of the original one-week big clean-up campaign which usually takes place in the third week of September for the World Clean Up Day.

A new feature of this campaign is that the public, apart from dumping soft waste, are not allowed to dispose of their accumulated rubbish such as old fridges, cookers, washing machines, mattresses, broken furniture, green waste, etc, at bin sites as they have to bring them to the landfill at their own expense. There, they are guided as to where to put the different types of rubbish which they had to sort out themselves prior to dumping.

The deputy chief executive of LWMA, Rahul Mangroo, said it was deemed fit to get people to take responsibility for and bear the cost of disposing their own garbage rather than the government shouldering this burden.

“As of this year, government will not be spending millions of rupees it used to every year to collect rubbish produced from homes and other places. People should take their responsibility to rid themselves of their own unwanted items at their own expense,” he said, noting that people did find ways to pay for the transportation of such goods to their homes at the time of purchase.

Mr Mangroo noted that the new cleaning strategy was in response to the public’s request for more clean-up activities during the year rather than the usual one major clean-up exercise.

He said that the dates chosen for the three clean-up activities per year coincide with some national event as a reminder that when those events are approaching, the clean-up will be done one week before.

The clean-up calendar for 2021 is as follows: one week before Easter, the Clean-Up the World Day and one week before Christmas. It is to be noted that the first pre-Christmas cleaning was held in December 2020 in collaboration with the Mayor’s Office.