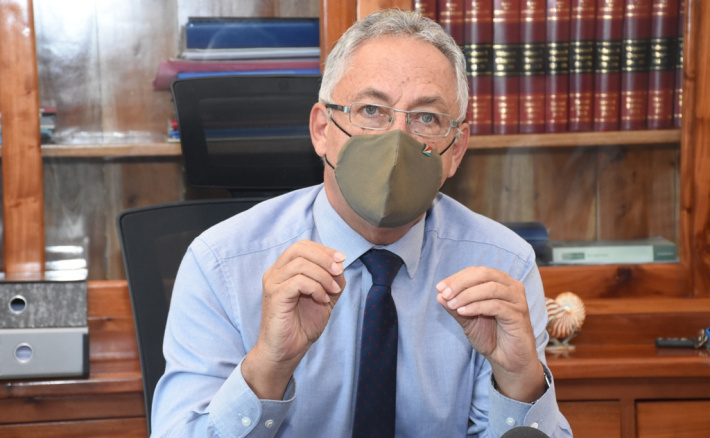 Seychelles’ fisheries minister Jean-Francois Ferrari has supported the call by Europêche for the European Union and IOTC (Indian Ocean Tuna Commission) parties to stop turning a blind eye on large-scale pelagic drift-nets fishing and make a stand against these illegal practices during the next IOTC meeting.

Europêche is the representative body for fishermen in the European Union (EU) representing around 45,000 vessels, both artisanal and large scale, 80,000 fishermen from 10 European countries who have tuna fishing vessels in the Indian Ocean.

Recently they made a declaration alleging that there are countries using the gill net fishing method which is very destructive and if they are left drifting in the ocean they catch any living creature that happens to swim by including the yellowfin tuna, as they use large pelagic drift nets, which are nets of over 25-kilometres long and many metres deep.

The international community and the EU have long adopted a global moratorium on all large-scale pelagic drift-nets fishing in the world’s oceans and seas, especially to catch migratory species such as tuna. However, their use is still overspread, especially in the Indian Ocean, responsible nowadays for around 20% of the total catches of yellowfin tuna and high levels of by-catch of threatened and protected species such as sharks, marine mammals and turtles.

In an interview with the press yesterday, Minister Ferrari stated that he supports Europêche’s call for the EU to do something about this issue.

He further added that Seychelles, through agreements it has signed with the EU, has accepted quotas that have been placed like limiting the amount of fishing being conducted as well as the way fishing is conducted.

“But there are many countries who are getting away with ignoring these agreements. If companies that are fishing in Seychelles exceed the quotas we get penalised but other countries are not being controlled,” Minister Ferrari pointed out.

He added that these large gill nets are being used mainly in the northern part of the Indian Ocean by countries such as Iran.

He noted that Seychelles cannot handle Iran but the EU can but it is not doing so as they (EU and Iran) are conducting business together which has grown by 80% in the last couple of years.

“The problem that we have is that Seychelles can’t put any pressure on Iran to stop using these nets and follow protocol. The EU is doing nothing and is leaving it to fishing companies to solve the issue. We want there to be regulations so we can continue fishing. However if we’re the only one making an effort then it’s simply not fair,” said Minister Ferrari.

“We have made much effort in regulating fishing such as cutting down on supply vessels who install fish aggregating devices (FADs). If other countries do not make more effort then Seychelles won’t budge. Our position is clear because we should all work in a collective manner to preserve our tuna stock,” said the minister.

“IOTC needs to take actions against those who are not respecting international law and they should start with those who are engaged in drift net fishing,” Minister Ferrari continued.

He added that big countries like India refuse these quotas, so why do they expect Seychelles to make an effort?