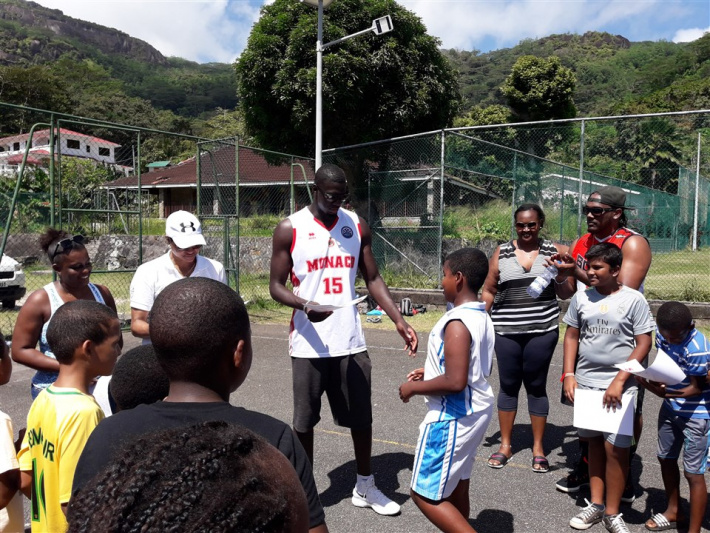 Abdel Kader Sylla wants to help change the narrative of basketball in his native country of Seychelles.

The 30-year-old, who currently plays for Hermine Nantes Basket in the French PRO B, is hoping to be heard as he aims to give back to the community through basketball.

Talking to the Seychelles media, Sylla confessed being concerned about the future of basketball in the archipelago.

But rather than sitting and doing nothing, he wishes to make a difference.

"I'd like to use my story to inspire youngsters to come and play basketball," said the 2.05m (6ft 9in) centre.

And it is quite a story for the Seychelles-born and bred player, who made it from being anonymous to a fan-favourite in his native land.

Little did he know he would find fame and fortune in Europe when he began his career with the Premium Cobras, a local club in Seychelles in 2007.

That same year, his run with the Seychelles national team at the Indian Ocean Island Games in Madagascar did not go unnoticed. "I was contacted by Daniel Martinou (a French official working for the Reunion Island Basketball Federation at the time) and the adventure began," he recalled.

He then suited up for another PRO A side, Pau-Lacq-Orthez, before moving to Orleans in 2015.

Sylla stayed there for two years, before signing for PRO A teams Monaco, then Bourg-en-Bresse, during his 2017-18 campaign.

He goes down memory lane for FIBA.basketball: "I started my career in Seychelles. I got noticed and I went on to play for some of the biggest clubs in France and in the biggest tournaments in Europe. I would like to see more players from Seychelles getting the exposure and the chances I had," he said.

Three years ago, he came back to his island and hosted a basketball clinic for children.

On that day, Sylla interacted with the youngsters, giving them tips and tricks about the game. "I had some other professional players from the NBA involved. We didn't make much noise about it and it was simple," he remembers.

He goes on: "I want to use my name and my situation as an example. What I need is the opportunity and the venue. There are talents in Seychelles. They just need to be seen and I can ignite the love of the game in them."

To do this, Sylla wants to go back to the basics: "Basketball is a game. So, I want to try and teach them why it is fun and how it can help the children gain confidence in what they do in their everyday lives. I have much experience and I can use my experience for the good of the game."

In fact, the goal is to try and give back as much as he can. "When I started playing, I had people who believed in me. And this is what I want the children to do. I want them to believe in themselves," he adds.

In his eyes, Seychelles need to level up to be able to stand out. "People do play basketball in Seychelles. But it's mostly for leisure. They don't see sports as a job. I would like to help change this state of mind."

And as the star player of the island, he knows he can make a positive impact. "I know I can make a difference. This is why I go there and help out each time I can," he concluded. 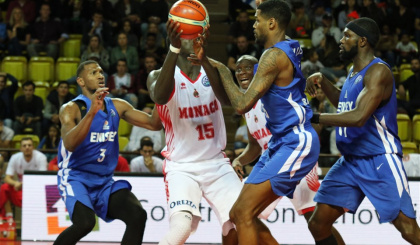 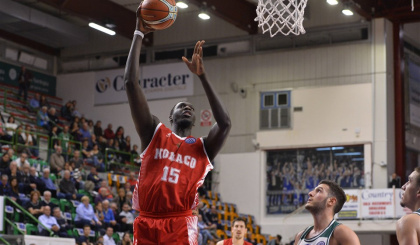