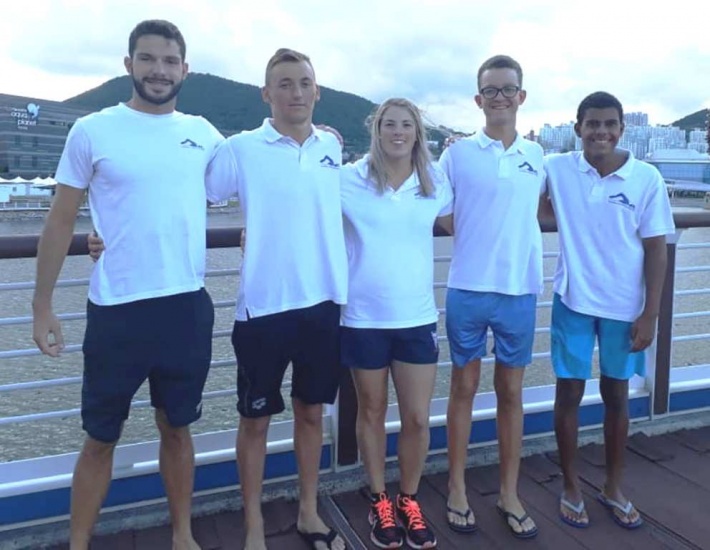 Simon Bachmann and Dean Hoffman crossed the finish line at the ongoing sixth leg of the Marathon Swim World Series (MSWS) in Gwangju, South Korea in 50th and 60th places overall in the 5km race, while Sofie Frichot completed her 10km race within the given time limit to be placed 60th overall.

Haley Anderson from the United States was second in 1h54:48.10

Seychelles’ other representatives at the sixth leg are Damien Payet and Alain Vidot who will compete in the men’s 10km race today.

The delegation in South Korea is being led by chairman of the Seychelles Swimming Association (SSA) David Vidot.

After the competition, the swimmers will head straight to Mauritius where they will join the rest of the team to compete at the 10th Indian Ocean Island Games (IOIG).