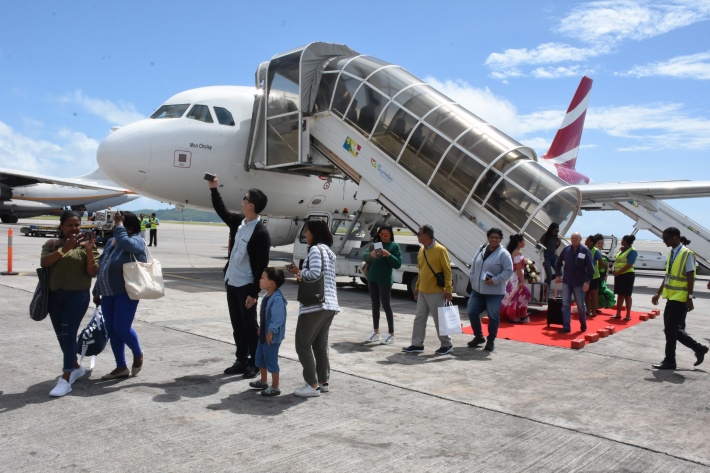 187,108 visitors landed at the Seychelles International Airport from January to June this year

A good half year has been recorded by the tourism industry.

From January to June this year, the National Bureau of Statistics (NBS) recorded 187,108 arrivals compared to 172,099 visitors last year for the same period.

This represents an increase of 9%.

These figures were announced by the chief executive of the Seychelles Tourism Board (STB), Sherin Francis, in a press meet at the STB headquarters, Botanical House.

“We are indeed satisfied with the first half year and we know that 2019 will be a year of great performance for the industry. These figures show a remarkable growth in the tourism arrivals in June 2019 this year. On top of that, for the month of June only, 25,761 visitors stamped their passports at the immigration desks at the Seychelles International Airports for a vacation on our shores. An increase considered as exceptional for this period of the year, as it is the first time that Seychelles has ever recorded over 25,000 visitors during this month,” noted Mrs Francis.

Parallel to the increase in visitor arrivals is the growth in the yields, according to the most recent figures from the CBS (figures referred to are for Jan-May 2019). The yields recorded from tourism related activities have shown that the destination is 6% ahead of last year. The CBS estimates that the tourism earnings from January to May 2019 were approximately R3.5 billion compared to R3.3 billion during the same period in 2018.

Germany remains at the top of the best five performing markets for the month of June 2019 as 4,087 German tourists disembarked on our shores; the United Arab Emirates (UAE) follows with 3,119 visitors, while 2,110 visitors were recorded to have landed from United Kingdom (UK). In fourth and fifth positions are France and Italy with 1,855 and 1,794 tourists, respectively.

As projected by the Strategic Planning and Market Intelligence department of the Seychelles Tourism Board (STB), the targets set – at 3 to 4% - by the STB for this year will be exceeded.

“It is remarkable to see that Seychelles remains a prime destination and that for the past few years the destination has performed quite well throughout the year. June is always a slow month and we had anticipated that this year might be the same despite our active work to bring more tourists into the country. The current figures from NBS comforts us in knowing we managed to hit a record for the month of June,” said Mrs Francis.

In terms of travel agency bookings for the coming months, an increase in the numbers of forward bookings has been estimated. According to the forward bookings, data received from the travel agencies note that for the next 6 months of the year, for the top 5 markets, a 3.9% increase is forecast in regards to bookings made this time last year.

“The hardest month which is June is behind us and we have done well so the future months ahead look good. Even for the upcoming Golf Tournament on Praslin, the hotels are cooperating and are offering good deals. We do have competitions such as Mauritius and mainly Maldives, and we need to keep on focusing on promoting our Seychellois heritage and culture. ”

Major improvements in travel agency bookings for some key markets including France, Russia, UK, Italy and China have been noted.

Speaking about future strategies, the CEO of STB shared that she will start discussions with the hotel in reducing the price of their hotel rooms during low season in order to make the most of the opportunities.

“The other concept would be package deal including air tickets and hotel accommodations. This is still a strategy we need to develop and even if the airlines are doing good promos, this is not being backed by the hotels promotions.”

Mrs Francis maintained that the STB will keep on increasing visibility for the Seychelles and encouraged the tourism trade to keep the great marketing work in promoting their properties. 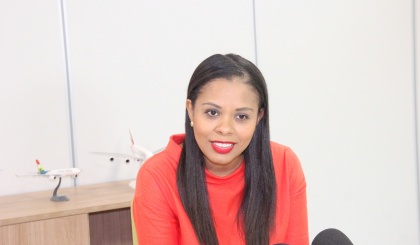