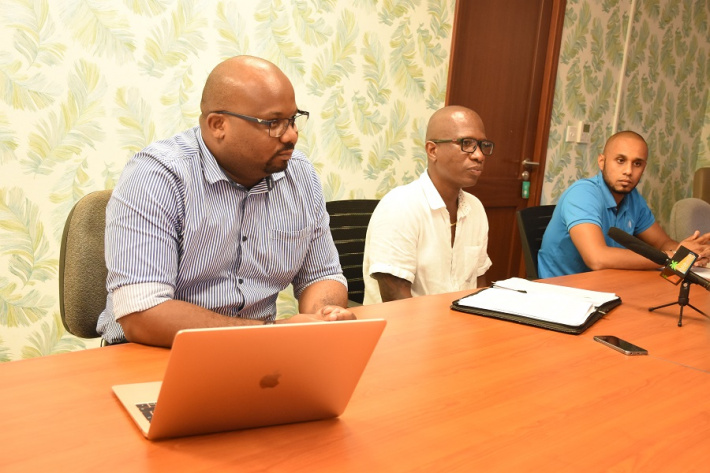 Registered fishermen and sport and recreational fishers fishing on the Mahé Plateau will as from March next year have to let go any Emperor Red Snapper (bourzwa) and Green Jobfish (zob gri) less than 32cm caught in traps and by line, among other limitations to be put in place including for other species.

The regulation is part of a new plan by the Seychelles Fishing Authority (SFA) dubbed the ‘Mahé Plateau Trap and Line Fishery Co-management Plan’ which was approved by cabinet last week to make fishing of resources on the Plateau sustainable for long-term use so as to avoid depletion of fish stocks.

The two species of fish have been targetted in the plan for the moment because they are being heavily fished as a result of their high value.

In a briefing with the press earlier this week, the chief fisheries officer, Vincent Lucas, explained that through research by the authority and from information and complaints gathered from fishermen on depletion of fish stocks which is forcing them to bear the cost and added time of having to venture further afield to fish among other factors affecting their livelihood, the plan attempts to be the first step toward regulating the artisanal sector and address issues such as overfishing and overcapacity on the plateau.

Mr Lucas said that the 40,000 square metre plateau which apart Mahé also encompasses Praslin, La Digue and some islands close to Mahé, is being used by registered fishermen among other recreational fishers, including those on sport fishing competition or charter vessels.

He added that the combined bag limit of all species for recreational fishers including those on sport fishing competition etc…, will be 20 demersal fish per person per day plus five Emperor Red Snapper and five Green Jobfish per person per day. As for semi-industrial vessels targeting tuna and tuna like species, they will be allowed a bag limit of 20 demersal fish per fishing trip.

He said that due to the enforced limitation in the catch of plate size Emperor Red Snapper and Green Jobfish, SFA will, apart from educating the fishermen and other stakeholders, be conducting awareness campaigns for the public and the tourism sector on other fish alternatives to replace the two plate size delicacies that will disappear out of their kitchen.

“When you speak to the fishermen, it’s something that has been called for for a long time. There is this request from them to protect their livelihood. They worry about sustainability because they see that the cost of fishing is getting higher,” Mr Lucas said.

He noted that the plan in the future will also cater for minimum fork length for other species while SFA has plans to educate the population, including the fishermen, on other size plate species available on the plateau other than the Emperor Red Snapper or Green Jobfish.

As part of enforcement measures, a maximum fine of R20,000 will be imposed on anyone violating the regulation.

Apart from the minimum size for the two selected species, all license traps used to catch them and other species should be registered with SFA for verification while hotels and restaurant have to buy their fish with a registered fisherman.

The plan, the conception of which started in 2009, is still being finalised by the Attorney General before it will be implemented.

A committee involving all stakeholders has also been established to oversee the implementation of the ‘Mahé Plateau Trap and Line Fishery Co-management Plan’.