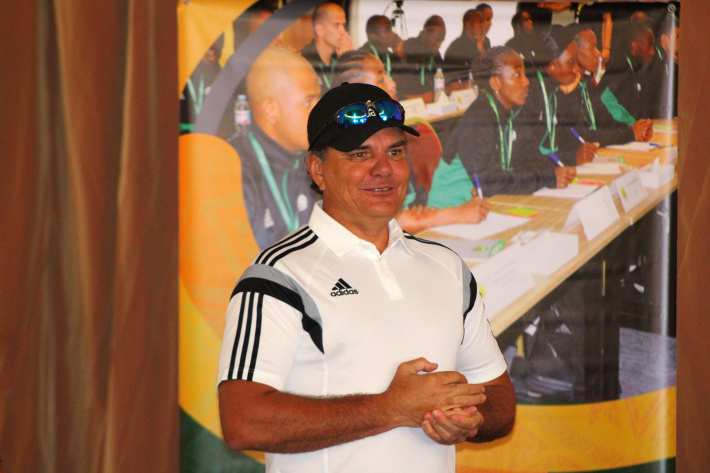 Maillet, who himself was a very successful official on the continent and who made his debut at the 2010 World Cup in South Africa where he took charge of two matches, has told Sports NATION that for a long time it has been his dream to raise the bar of African officials to new heights.

“I have been trying for the last six years to implement this project of which I have been the architect and I’m just happy that we can finally get it started as surely there are big benefits for the officials who are chosen to be on this project,” Maillet related to Sports NATION.

This project is seen as the first step towards professionalism in refereeing on the continent and the pilot project has been launched with 20 referees who have been placed on a one-year contract on a semi-professional project.

Maillet explained that the selection for this first batch of referees comprising 18 male and two female officials, followed various criteria such as the age of the referees, the zones, performance and competency in recent top class matches as well as their compatibility with VAR (Video Assistant Referee), technical abilities and not forgetting their physical abilities in a game where the man in the middle of the pitch has to face up to more demands on all their mental and physical attributes to face up to the challenges of this ever evolving sports.

Unfortunately, the initial group does not include any Seychellois official.

“The referees will benefit from a monthly allowance and will be attached to two instructors in each of the six zones to work with them physically and technically and they will be supplied with necessary facilities with close monitoring all the time with monthly assessments. Therefore, the big benefits for the referees will be that they will have more time to focus on training and on the physical and technical aspects as well as the mental preparation. They will also have expert instructors working with them where they will be monitored closely in both local and international matches with regular feedbacks on performance,” explained Maillet.

The Confederation of African Football (Caf) refereeing manager added that though this project is new, the concept is clear as it aims to help raise the level of officiating on the continent as he wants to see more African officials taking charge of matches at the highest level such as the World Cup and his vision is to have younger referees on this programme so that they can serve longer.

He also wants to do scouting on the continent to identify potential officials who possess the right credentials to succeed at the highest level so that they are trained at a very early age to reach the required level with a solid foundation.

“We hope we can introduce this scheme to assistant referees in the next two years once the pilot project is assessed as we strive to raise their performance level as this is crucial in this job and let us hope now that we have upgraded our referees from amateurs to a professional level similar to coaches and players. This will have the desired and positive impact on the global game’s development,” Maillet stated in conclusion.

Born on October 16, 1967, Maillet was a full international referee for the Fédération Internationale de Football Association (Fifa) from 2001 to 2012.

Maillet made five appearances in a row at the African Nations Cup (Can). He officiated at the Can for the first time in 2004 in Tunisia and was in charge of two group matches. In Egypt in 2006, he took charge of two group matches, refereed the quarterfinal encounter between defending champions Tunisia and Nigeria and was chosen as the fourth official for the final between hosts Egypt and Ivory Coast.

In 2010 in Angola, Maillet took charge of a group match and refereed the quarterfinal between Algeria and Ivory Coast.

In the 2012 Can co-hosted by Gabon and Equatorial Guinea, he refereed two games and worked as the fourth official in three others including the final.

The celebrated Seychellois referee has also officiated in the AFC Asian Cup, the 2009 Fifa Confederations Cup in South Africa and for the 2010 Fifa World Cup. His first game as referee in the 2010 World Cup was in the Honduras v Chile opening round match on June 16, 2010. 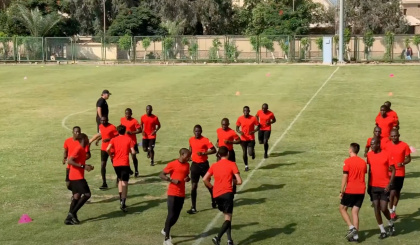