During the weekend, many volunteers came together to help clean our capital, Victoria.

The initiative comes from the Mayor's Office following the President's call in his inauguration speech to help clean up Victoria.

President Wavel Ramkalawan himself joined the group, in spite of the downpour during the day on Saturday.

The Minister for Agriculture, Environment & Climate Change, Flavien Joubert, was also present for this activity.

Talking to the press, President Ramkalawan noted that he was in Victoria at 2pm to help with the cleaning, but due to heavy rain the activity got delayed.

“I am happy to see that many people responded to the call. But with the rain that prevented people to come for this activity today, I would advise the Mayor to organise another such activity. We just finished a political campaign and I would ask all political parties to bring their activists on the streets for a major clean up in all districts. I should say that in general, in all our districts people are realising the importance of having a clean environment. Let us make Victoria the cleanest town in the world,” noted the President.

The Mayor of Victoria, David Andre, thanked all those who came to help clean the town. “As the President said in his speech, we need to keep Seychelles and Victoria clean. This is the first activity we are organising in this sense and also as Christmas and New Year are fast approaching, we want our town to be clean. This activity is also to encourage the Seychellois to take part in keeping our country clean and also to encourage the spirit of volunteerism. There have been other activities like this before but this is the first time the office of the Mayor is organising this activity.”

Thanking the volunteers, Minister Joubert said: “For the Ministry of Environment, our President has put a challenge in front of us so that we make Seychelles cleaner. Today we are putting this effort in Victoria and we know there are many things to accomplish and make sure that our town is well taken care of. On December 18 we will have another activity in the districts and we will also open the landfill to the public. We all have to have the same ambition to keep our country clean.”

The principal secretary for Environment, Alain de Comarmond, stated that garbage management in Victoria has always been a challenge. “We hope that this collaboration with the Office of the Mayor will encourage people to take responsibility of their waste management. This exercise will continue in all districts including Praslin and La Digue. We want the public to clean and also take their waste to the landfill and not keep them on the street.

Places cleaned during the campaign over the weekend 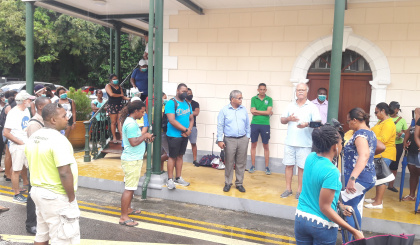 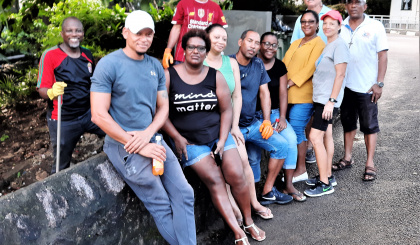 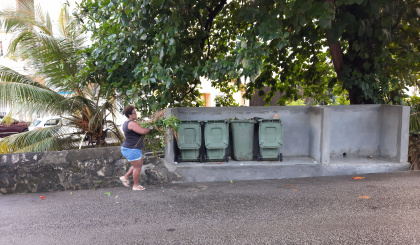