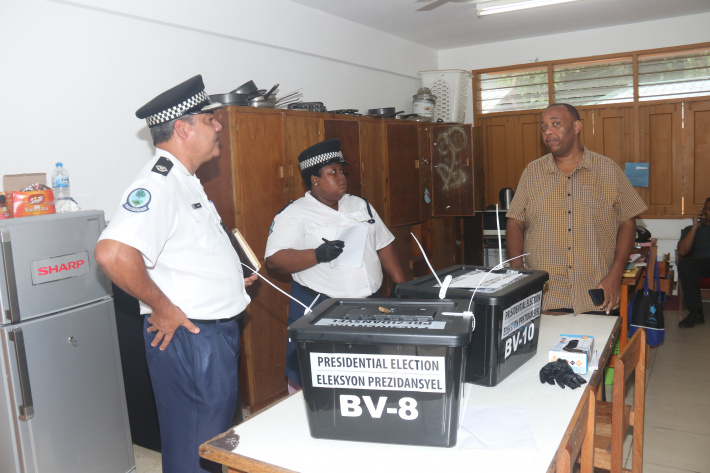 According to Andy Juliette, the electoral officer for Beau Vallon, the two ballot boxes which were still sealed when found stayed behind following Saturday’s polling due to transportation problem.

He explained that since all vehicles were full, they had no other options but to leave two of the unused boxes behind.

The Electoral Commission's marketing and public relations consultant Muriel Morgan said it is unfortunate that such incident happened and guaranteed members of the public that it will not change, or have any other impact on the final results.

Mr Hoareau, who represented Linyon Demokratik Seselwa (LDS), described the incident as “minor since the boxes and their contents were not tampered with”.

Something he said “if it had happened would have had a different impact on the election’s final results, including a possible re-run”.

Mr Rose, who represented United Seychelles (US), said he was instructed by his party not to comment on the incident until further notice.

As for Mr André, who stood as an independent candidate, he said “the incident questions the ability, knowhow and competency of the officers who worked at the station on Saturday”.

He also added that “even if the incident does not directly impact the election’s final result, it is however important for a proper investigation to take place so that such incident does not repeat itself in the future”.