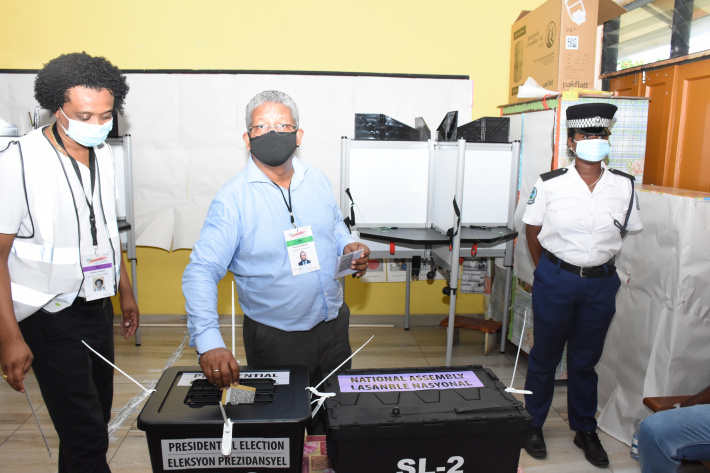 Accompanied by his wife and two sons to the polling station at the English River crèche, Wavel Ramkalawan voted just after 11am as expected.

This is the sixth time Mr Ramkalawan is vying for the highest office in the country.

He had this to say after casting his vote: “My running and I have been on La Digue since last night (Friday night) so that we could see the start of voting on Saturday on the island before going to Praslin. Then we came to Mahe and we will visit other stations to see how things are going. Until now, everything is going well.”