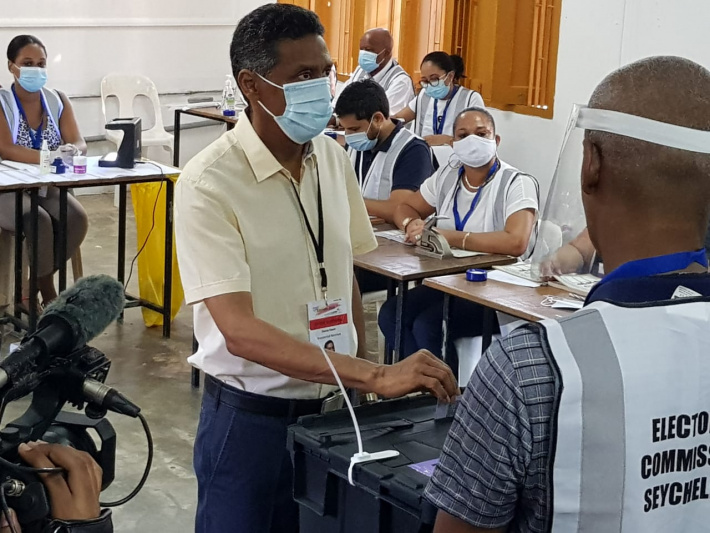 Incumbent President Danny Faure is the first of the three presidential candidates to cast his vote at 7am in the Beau Vallon district.

Mr Faure is contesting the election against Wavel Ramkalawan (Linyon Demokratik Seselwa) and Alain St Ange (One Seychelles). Mr St Ange is expected to vote at 10.15am at les Mamelles and Mr Ramkalawan at 11am at St Louis.

Mr Faure told the media he “decided to vote early to motivate the Seychellois people to cast their ballots as early as possible.”

He added:  I’m confident I’m going to win the election. But if the people decide otherwise, I will accept the result.”

Mr Faure also called on the people to stay calm and to go home after casting their votes.

“Let’s remain calm and respect others. Whoever wins, life will be back to normal after the elections,” concluded Mr Faure.

People are also voting to choose their representatives in the National Assembly.

Most of the around 74,600 Seychellois voters will cast their ballot in presidential and parliamentary elections today.

The 27 polling stations opened at 7am on Mahe, Praslin and La Digue.

Voting also took place on Thursday and Friday on the outer islands, mainly for employees of hotels or the island management authority. Essential workers also voted on Thursday. 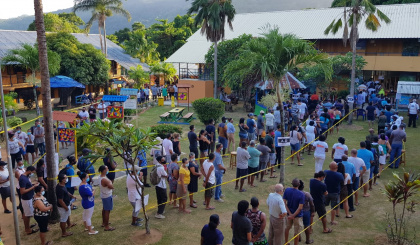