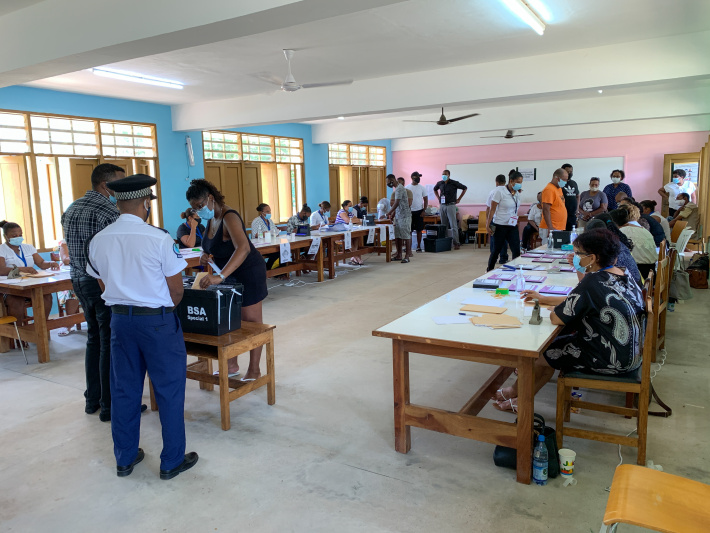 The special voting station in Baie Ste Anne started welcoming voters at 7am. A total of 674 voters had registered to vote in the special station which catered for people from other islands who are currently living on the inner islands, as well as staff of the essential services.

Steve Thelermont, the electoral officer of the station, expressed his appreciation of the general running of the day. According to him, there was a high turnout of voters and a few people who were not listed to vote in the special station had also turned up. “This might have been due to miscommunication but extra ballot papers have been made available to ensure that maximum registered voters were able to vote,” Mr Thelermont shared.

Like other special stations on Mahe people queued for several hours before they were able to vote and many were angry and were voicing out their frustrations.

The station closed its doors at 12 noon but a long queue was still visible as voters who were already within the premises and in the queue remained to cast their votes. By 4pm there were still people in the queue and some 400 people from the list of 627 had already voted at 2pm.