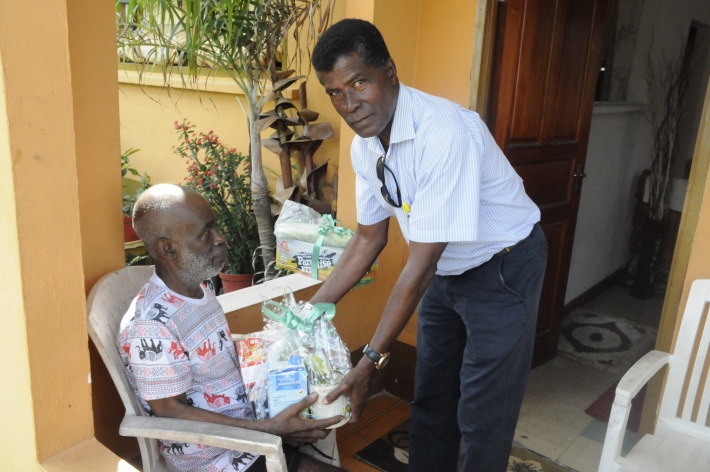 Sports NATION has learned of the passing of ex-Rangers and Seychelles international footballer Jean Henriette, affectionately known as Pti Pele.

Pti Pele, who played as a forward for both Rangers and the national selection in the seventies, was well known for his speed and precision in front of the goal, despite of his short physique.

Last year, he received a small gesture of appreciation for his contribution towards football from the secretary general of the Seychelles Football Federation (SFF) Georges Bibi, who also brought his support during Pti Pele’s recovery after undergoing surgery.

Among his best souvenirs, Pti Pele said he will always cherish the match he played against the French Espoir selection featuring Michel Platini, Dominique Rocheteau, Jean Fernandez, Éric Pécout and Olivier Rouyer among other stars.

Sharing the story behind his selection for the match, Pti Pele said he was left out of the national team by Robert Frichot while on a trip to Kenya, but was later called to play against the French team.

“He said I was too small to play in Kenya, but after just two weeks of training I was selected to play against the French Espoir,” he explained in a past interview.

“Suketu Patel was initially the Rovers goalkeeper and after we beat them in a final and I scored two goals against him, he joined Rangers until the team closed down,” Pti Pele recalled.

He also explained that during those days, players were so motivated and wanted to play that when injuries struck, it was regarded as a major disaster for them.

“We were not paid, but we played with our heart for the fans,” he added. 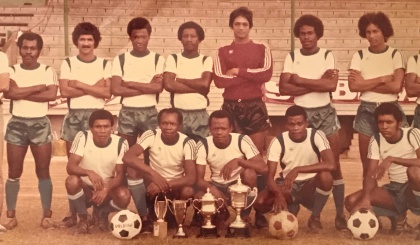 Pti Pele (standing, second left) was well known for his speed and precision in front of the goal