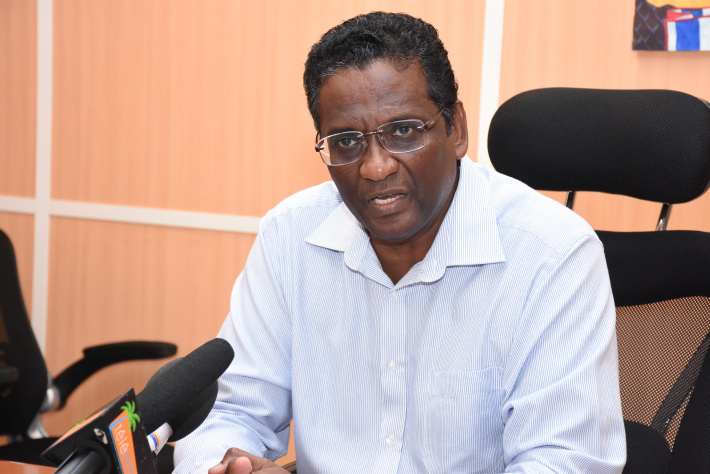 A significant increase in local farm production, particularly in regards to poultry meat and pork, during the past six months has been described as “encouraging” and the highest since 2008.

According to Fisheries and Agriculture Minister Charles Bastienne, his ministry recorded an increase of 37% in the production of poultry meat compared to the same period last year. It surged from 317 tonnes in 2019 to 436 tonnes in 2020.

Minister Bastienne who is also the chairperson of the high level committee on Food Security Surveillance gave these figures yesterday afternoon at his office at the Maison Collet while updating the press on the food security situation in the country in the wake of the COVID-19 pandemic.

The ministry is targeting a 50% increase in livestock production for this year, which it is not too far off from these statistics.

Meanwhile, eggs productions slightly climbed by 8% during the first half of 2020.

“These are very encouraging statistics because it shows that our farmers are active and demonstrates that the incentives put in place by the government are becoming effective. The ministry and the agricultural agency are extremely satisfied with these efforts in livestock production,” Minister Bastienne noted.

“We believe that production will continue to increase or remain at this same level, and we could very much finish this year with very interesting statistics for local production,” Minister Bastienne added.

Statistics collected from major producers of fruits and vegetables during the start of this year shows substantial month-on-month growth with 90 tonnes produced in January 2020, 120 tonnes in February and 160 tonnes in March.

“Now even in the south-east monsoon, their production has reached 225 tonnes which shows that the agricultural sector is improving on all fronts.”

Minister Bastienne highlighted that the ministry does not have comparative data for crops since the monitoring of fruits and vegetables was only just introduced this year.

“Since 2011 we have seen significant decline in local production, especially in livestock, and the level we have achieved now is the highest since embarking on the economic reform in 2008,” he also revealed.

Farmers have benefitted from a myriad of subsidies to assist in boosting production and help keep prices of produce at a reasonable level – both post and pre-COVID-19.

“The government took the decision that it would absorb the increasing cost of production so that farmers would not feel the full impact,” Minister Bastienne noted.

The government committed to keeping the agricultural supplies available at the Seychelles Agricultural Agency (SAA) at the same price it was before COVID-19.

Additionally, the government is taking on the cost for transportation of livestock food supplies to Praslin and La Digue. All of these subsidies are being covered under the livestock trust fund.

The committee has been working towards identifying potential areas of focus that will boost local food productions thereby reducing imports and ease the pressure off the country’s foreign exchange reserve.

In two weeks, the committee expects to bring its short term recommendations to better deal with the challenges caused by COVID-19 to the government.

These recommendations would not only galvanise local production but might most likely also help retain Seychellois in employment.

“The work is going well and we hope to continue with our consultations because reduction of importation is a sensitive subject given that some businesses might be impacted by it. It is not easy work; it necessitates as much data as possible from various sectors and the Ministry of Finance, Investment, Trade and Economic Planning so as to take well-informed decisions,” Minister Bastienne said.

The committee is also working with partners such as Enterprise Seychelles Agency (ESA) for the promotion of local produce, and the department of health to launch campaign to encourage Seychellois to eat healthier and to eat local, as well as to practice backyard farming for their personal consumption.

Minister Bastienne underscored that the Seychelles Trading Company is “on solid footing” since the company has about six months worth of essential commodities in stock. 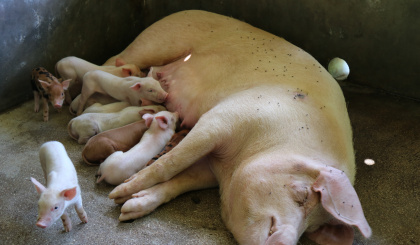 The production of pork has elevated with a 48% surge from last year’s statistics for the same period (Photo: Gerard Govinden)