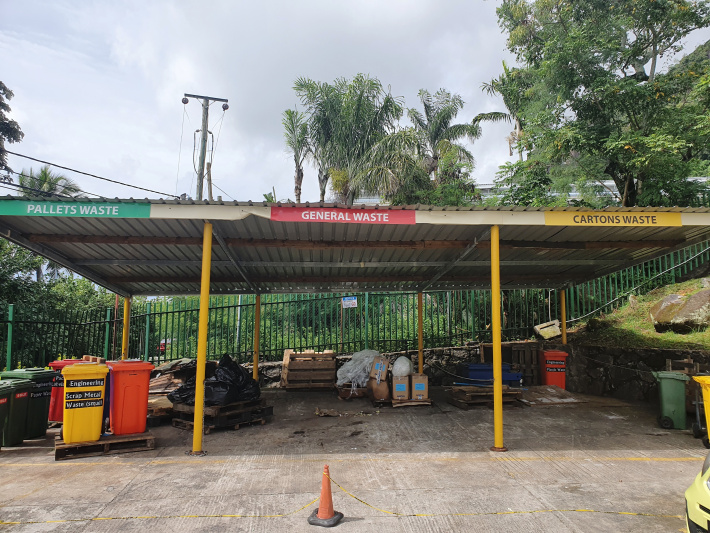 Over the last two years, Seychelles Breweries Limited has seen a significant step change in its environmental performance, an achievement which the company has taken the opportunity to highlight to coincide with World Environment Day, today.

“The results are something that I’m extremely proud of as managing director of SBL.  The sustainability agenda is a key pillar of Diageo’s corporate strategy and the improvements we are making on site at Seychelles Breweries reflects this.  As a local manufacturer on the island we’re intent on continuing to make progress in this space and to make a positive contribution to the community,” said SBL managing director Conor Neiland.

One of the major achievements is the savings of R650,000 in brewery water consumption against the same period of 2019, which is equivalent to 17 million litres of water.

Among the initiatives to support the water agenda is rainwater harvesting. During months where we do have rain, we collect an average of 16,000 litres of rainwater which we use for cleaning the factory. The company is in the process of extending its rainwater capacity by installing four additional tanks.

Two years ago, the company also embarked on an ambitious target to achieve zero waste to landfill and this has been attained in the last three months versus an average of 8 tonnes prior to it. This has been made possible through various initiatives and measures which SBL put in place. SBL also engaged local businesses and stakeholders for the recycling and re-use of some of the wastes which the company generates.

All these achievements have been largely due to the engagement of all employees within the supply department, according to SBL’s senior utilities technician, Samir Monthy.

Samir explained that when SBL started this journey, employees did not realise the importance of energy optimisation and not everyone was assuming their responsibilities to that effect.

“We started with an initial period where we did a lot of reviewing of data and a lot of measurements were taken every hour to determine whether we were optimising our energy and water consumption,” explained Samir.

Another key component which was also looked at was the energy consumption of key machinery per hour and the support of the original equipment manufacturer (OEM) was sought, after which a lot of controls were introduced.

The introduction of controls was in parallel to an awareness and education programme with the employees on target usage. More accountability and responsibility were also placed on the employees.

“The targets are very visible around the supply department and we keep everyone informed of what is happening,” said Samir.

The 10% reduction in SBL’s carbon footprint is the result of optimisation of the boiler. There again, the OEM was brought in and consequently, the boiler’s efficiency has improved from 75% to 85%. Planned maintenance is also conducted every six months.

Samir says that the step change is a concerted effort by all employees from the supply department and describes this as a great achievement. He is encouraged by the support that he receives from the department’s leadership and from his working colleagues.

As part of its initiative to give back to the community, SBL also has water replenishment targets. This target is determined by the company’s water usage in production only. Last year, the company worked in partnership with Sustainability for Seychelles to support the farmers community at Val d’Andorre in the implementation of a drip irrigation project and a total of 13 million litres of water was collected and used in that project. 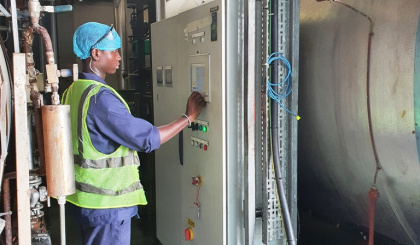 Damian Henriette checking the performance of the boiler 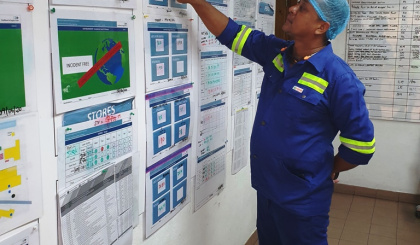 Samir reviewing the measurements taken for water and energy consumption