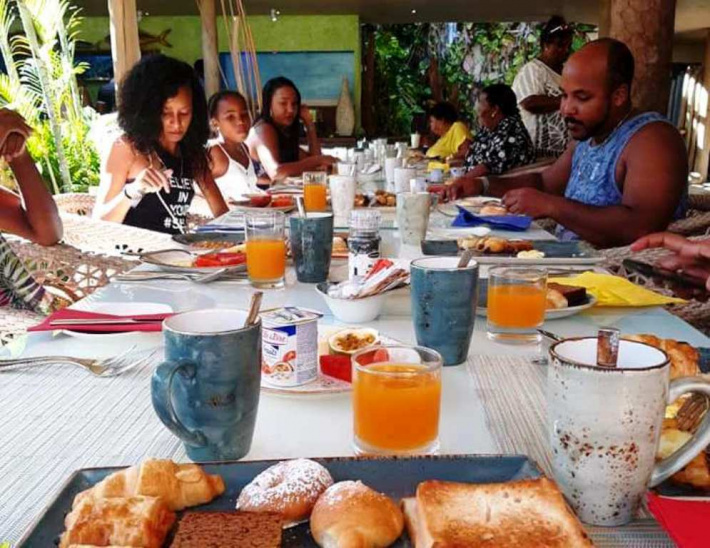 As the impact of the COVID-19 hits the Seychelles economy hard, keeping foreign tourists away from our hotels and beaches as international borders remain closed, local tourism establishments have been seeking innovative ways to pay their expenses apart from salaries which the government is helping them with.

As a result many are offering attractive packages for residents which are being well received by the locals.

Robert Payet, owner and managing director of Le Duc de Praslin Hotel situated at Anse Volbert, Côte d’Or, noted that his establishment was the first to come up with the promotional package for Seychellois at the end of April and continued after the restrictions related to the COVID-19 pandemic were lifted.

“I came up with the initiative to launch the promotion for Seychellois to try and earn some money to cover all the expenses apart from staff salaries that the establishment has, but not to make any profit because the promotion package was at such a discounted rate only to try and attract as many Seychellois so I could cover some of these expenses,” said Mr Payet.

He noted that the other expenses that a tourism establishment such as Le Duc has to cover is enormous and “if we had decided to launch a promotion to make profit we would have failed miserably,” he affirmed.

Mr Payet said most people who booked were staying between two to three days to derive the most benefits from the packages on offer.

“The feedback has been very, very positive and people are really enjoying the hotel and all it has to offer in terms of quality food and the high standard of its different facilities and services,” Mr Payet remarked, noting that the publicity Hotel Le Duc has received during the month of May is more than what it has received for the past five years.

Additionally, Mr Payet pointed out that Le Duc has always welcomed Seychellois guests and therefore the establishment did not hesitate to take the risks to offer this discounted package.

Sabrina Quatre and her family spent last weekend at Le Duc and said she was not expecting such high quality service and food served in so exquisite a surrounding.

“I have travelled a lot and stayed in different hotels but I would say for the first time I spent time in a hotel run by Seychellois I am really impressed. Everything was beyond my expectation,” said Ms Quatre.

She formed part of a group of 17 family members who stayed at the hotel last weekend. Brigitte Dodin was also part of the group and for her it was like their usual holiday spent abroad, except that it was better, with no stress of shopping, more peaceful and relaxing in a wonderful environment.

The group also rented two cars and a H1 van to tour the island of Praslin on Saturday.

Mr Payet said he has been really satisfied by the Seychellois clients and he is looking forward to receiving more bookings in the coming weeks.

Meanwhile, Mr Payet noted that soon many other smaller establishments on Praslin, La Digue as well as Mahé have joined the initiative and are also offering discounted packages to local residents.

But for Gecko Villa at Baie Ste Anne Praslin, unfortunately its owner and manager Pema Suleman told Seychelles NATION yesterday that her establishment is yet to receive its first local clients in spite of offering an attractive package of R5,000 per night for a group of eight inclusive of breakfast, jetty pick-up and drop-off among other discounted prices. But she said she has one booking for the end of June, adding she is not discouraged because her establishment offers quality services and products including a swimming pool.

“I believe we are offering a very good deal and people will be very satisfied once they experience what we have on offer,” said Mrs Suleman, noting that she is also encouraged that all her bookings for the month of August onwards are still standing.

Le Repaire Boutique Hotel & Restaurant at La Passe on La Digue is also receiving quite a number of Seychellois visitors on residential rate just as it has always been the case.

Contrary to what some people have been saying that it is only now because no foreign tourists are coming to Seychelles that hotels are opening their doors to Seychellois, Gemma Roberts, the director, told Seychelles NATION yesterday that this is not the case and is not fair as Le Repaire has always welcomed Seychellois clients alongside foreign guests whenever rooms are available.

She remarked that the package being offered to Seychellois is not for profit but merely to help with the establishment’s other expenses. The special offer is R2,000 per night for two inclusive of breakfast plus 20% discount in the restaurant and more discounts on extended stay.

Ms Roberts went on to add that Seychellois clients to Le Repaire enjoy the cosy, peaceful and natural environment of the hotel and they are happy and satisfied with the service they get. Specialising in Italian cuisine, the hotel also boasts a pizzeria.

Ms Roberts said both are open daily and are offering 20% discounted prices, a great opportunity for Seychellois to make the most of Italian delicacies.

Meanwhile, Ms Roberts has said that while during the week the hotel kitchen are not so busy, the staff have ventured into the production of a variety of local fruit jams and marmalade which are being sold at different shops around the country under the brand label Le Repaire Pty Ltd.

“We are just finding innovative ways to survive and continue to remain in business for the months ahead and next year,” noted Ms Roberts.

Meanwhile, not only the hotels but other businesses like taxis, car hires, ferry services among others are benefitting as local visitors take the opportunity to visit different landmarks, historic sites and places of interest.

According to Seychelles Islands Foundation (SIF) communications, education and outreach coordinator Jeremy Raguain, a total of 134 adults and 31 kids visited the Vallée de May during the month of May soon after the restrictions on people’s movement were lifted.

This will no doubt continue to increase as more Seychellois seek to discover their islands including Praslin. 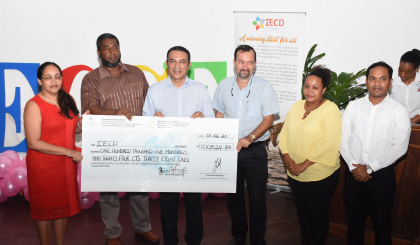 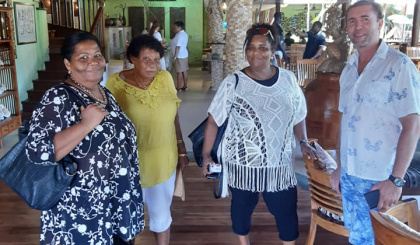 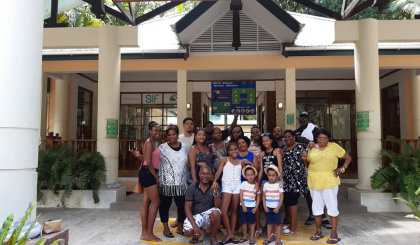 A souvenir photograph at the Vallée de Mai