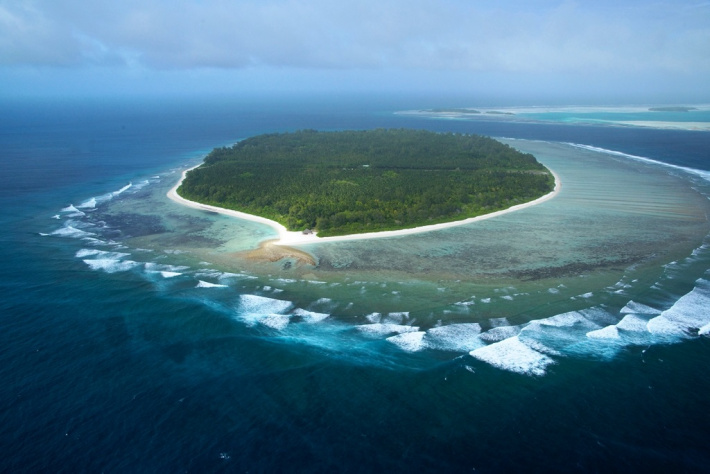 The reefs around D'Arros and St Joseph are a refuge for many threatened species, including the endangered humphead wrasse (Photo by Dan Beecham)

important species, the humphead wrasse (Cheilinus undulates). The study, conducted between 2017 and2019, used acoustic telemetry technology to investigate the importance of a remote coral reef to a population of this species. It represents the first comprehensive assessment of its kind in the Indian Ocean.

Results from the study indicate that the protected areas of D’Arros (zone 1) and St Joseph (part of a larger zone 2) announced in March 2020 will prove beneficial for humphead wrasse, as tagged individuals were shown to depend on these specific locations as places of refuge.

Dr Ryan Daly, former director of the SOSF D’Arros Research Centre, led the study. A key branch of the SOSF’s global reach, the D’Arros Research Centre aims to preserve the ecological diversity of this marine area. Since 2004, it has initiated 22 targeted research projects and six long-term monitoring programmes that focus mostly on threatened species such as sharks, turtles, seabirds, fishes and corals.

Daly says humphead wrasse populations globally are in decline, yet are important for tourism, fisheries and the health of coral reef ecosystems.

“Due to their large size and complex life history characteristics, humphead wrasse are vulnerable to overfishing and have undergone substantial population declines in parts of their range,” he explains.

“Prior to the publication of our research, knowledge of the species’ movement ecology was limited to only two previous studies and very little was known about the populations in the Western Indian Ocean.

“This work is helping to close knowledge gaps and inform conservation efforts like those we’re seeing in the new protected areas of D’Arros and St Joseph.”

The study site was home to a group of large and currently unexploited humphead wrasse. Twenty of the fishes were tagged and they exhibited persistent site fidelity over a 500-day period, rarely travelling more than a few kilometres from the area. This predictable, long-term site fidelity highlights their vulnerability to over-exploitation – a concern the new marine protection policies in Seychelles can eliminate.

“As we continue to lose fish biodiversity across the world’s oceans, it is more important than ever to understand the abundance and movement patterns of species classified by the IUCN as Endangered, like the humphead wrasse,” says James Lea, the SOSF’s chief executive. “Thanks to the Save Our Seas Foundation’s expansive Amirantes acoustic array, our project leaders were able to shine

a light on the lives of these charismatic creatures and better determine how important this area of Seychelles’ waters is to their survival.”

The study proves that the new conservation zone encompasses a core home range area of all the tagged humphead wrasse and will effectively conserve this stronghold for the endangered species to ensure its persistence in Seychelles waters.

Additional marine protection may also have a trickle down effect, benefiting other species.

“In the waters around D’Arros and St Joseph, 15 threatened species are known to occur,” continues Daly. “The fact that humphead wrasse are more vulnerable to exploitation but are thriving here is strong evidence that this is pristine habitat for the entire fish community. Now that new marine protections are in force, these large fishes are playing a crucial role in reef communities, acting as an umbrella species that indirectly benefits others through the human conservation efforts designed to protect it.”

The full paper was published in the academic journal ‘Endangered Species Research’ on May 14, 2020.

Contributed by the Save Our Seas Foundation 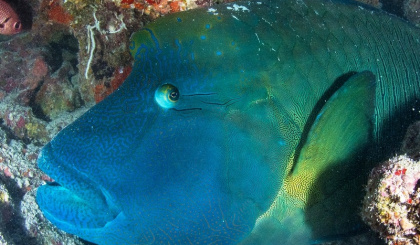