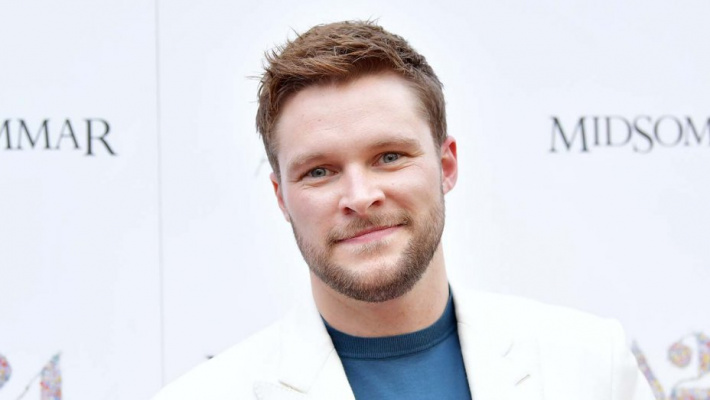 The 'Midsommar' star reflects on a nine-day trip to witness the bleached African coral reefs and to be educated on conversation efforts: "The dives I made with them were extraordinary."

As an avid traveller and diver I’ve long been fascinated with the Seychelles. As an archipelago country of 115 islands situated in the Indian Ocean, the African Union nation boasts spectacular beaches, mountainous rainforests, fascinating multiethnic culture and cuisine, and truly exceptional diving opportunities. However, last year, having read about the damage to Seychelles coral reefs, I was motivated to finally visit the country and see the environmental impact firsthand, and meet some people who are working to conserve its oceans. Fortunately, a short window of time between work commitments presented itself, and I was able to seize the opportunity.

Coming from the bitter November chill of Cleveland, where I had been privileged to work with Joe and Anthony Russo on their upcoming feature Cherry, I arrived alone in Seychelles for a lamentably short nine-day trip. I stepped from the airport terminal into what could only be described as a tropical paradise, where a welcome sea breeze cooled me of the sun’s blistering heat and carried with it the sweet fragrances of Mahé, the country’s largest and most populous island.

During my first few days on the island I visited and spent time with the GVI marine conservation programme at Cap Ternay. There, students and professionals alike, from a multitude of nations dedicate their time and energy as volunteers to marine cleanups and the collection of data in aid of the local government’s conservation efforts. The organisation was generous enough to host me for a few days and to educate me on the challenges of their work.

The catastrophic 1998 El Nino event bleached up to 90 percent of Seychelles' coral reefs. This obliterated the sensitive ecosystems of the region and left the coastlines of the archipelago vulnerable to erosion. Again in 2016, a similar albeit less dramatic event caused a 20 percent decline in coral cover across the Western Indian Ocean. However, up to two-thirds of the total percentage of bleached corals in that year recovered, affording a degree of hope for the region.

Cap Ternay’s marine conservation programme, like all GVI programmes, relies on the contribution of funds from volunteers who raise specific fees depending on their programme, between four to 12 weeks. There is an infectious enthusiasm from both volunteers and staff, whose tireless work in educating newcomers, developing their skills as marine surveyors and working hands on in the ocean is inspiring.

Independently of the conservation programme, I met with a local dive centre who brought me on a couple of sightseeing dives. Their staff, much like the volunteers at GVI, were passionate about the marine environment and spoke anxiously of conditions of the reefs and indeed the future of the islands. The dives I made with them were extraordinary. As distressing as it was to see how bleaching had laid waste to the reef, I was overwhelmed by the diversity of marine life. Multitudes of lion fish, barracuda, angelfish and stingray were all within a metre or two during the dives. I was awestruck by sightings of manta ray and a giant Seychelles tortoise in their own habitat.

Coming away from the trip, I have a new perspective on the living ocean. It is as vulnerable as it is vast. And it is the marine conservationists and their volunteers that are its frontline of defence.

Jack Reynor is an Irish American actor with roles in Cherry and Midsommar. He won Sundance's best actor award for Glassland in 2015. 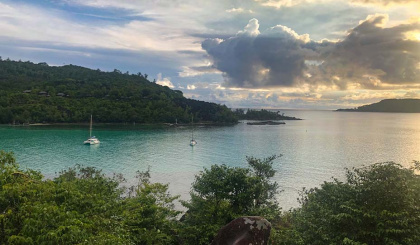 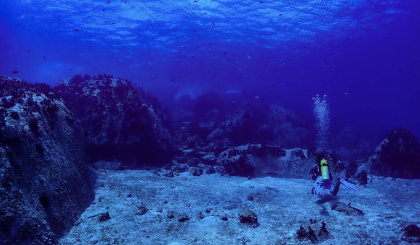