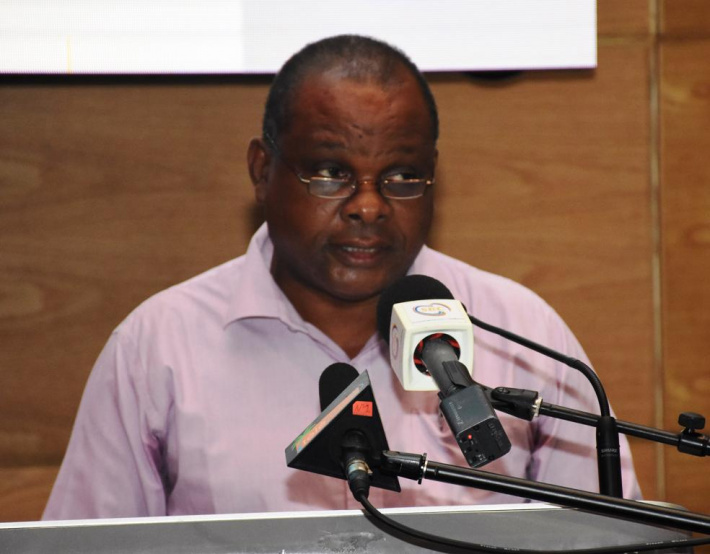 The figures speak for themselves; 2019 was a very successful year for the Seychelles tourism industry as the country sees a six percent increase in visitor arrivals according to the latest figures presented by the National Statistics Bureau recently.

The information was communicated to the tourism stakeholders during the Seychelles Tourism Board (STB) Marketing Review on Tuesday January 14, 2019 at the Eden Bleu Hotel in the presence of the Minister for Tourism, Civil Aviation, Ports and Marine, Didier Dogley, and the principal secretary for tourism, Anne Lafortune.

The meeting also saw the presence of the principal secretary for civil aviation, ports and marine, Alan Renaud, the chairperson of SHTA (Seychelles Hospitality and Tourism Association), Sybille Cardon and the STB board members.

The board’s presentation of the quantitative review stated that around 384,204 visitors arrived in the country from January to December 2019 compared to the visitor arrivals of the same period in 2018.

It also presented the leading markets to be Germany with 72,509 visitors, France in second position with 43,297, visitors followed by United Kingdom and Northern Ireland, Italy, United Arab Emirates (UAE) counting 29,971, 27,289 and 24,609 visitors respectively and the sixth position, Switzerland with 15,300 recorded arrivals.

Speaking at the meeting, STB’s chief executive Sherin Francis mentioned her satisfaction to see the numbers have exceeded the expectations.

She explained that the target set by the tourism board at the beginning of January 2019 was at 4 percent.

“It is very satisfactory to see that the tourism arrival numbers and the receipts remain on the rise showing that the efforts to honour our core mandate are being accomplished. I would like to reiterate my gratitude to our trade in Seychelles and our international partners as they have been an immense support in helping the destination remain visible while enticing potential visitors,” said Mrs Francis.

During her presentation, Mrs Francis also highlighted that one of the main areas of focus for the year 2020 will be increasing the number of visitors in the months of May, June and September. She maintained that even if the figures are satisfactory, there is room for improvement as they are considered as low performance months compared to the rest of the year.

“2020 is a very prominent year for us as a country as we feature in the Dubai 2020 Expo and also celebrating our 250th anniversary as a country. As we market the country to our diverse audiences, we would also concentrate on the extensive promotion of our smaller establishments receiving lower occupancy,” added Mrs Francis.

As the tourism arrival figures have been increasing, so have the revenue for the country; according to the latest figures for 2019 a 3 percent growth in terms of income coming from the tourism industry has been recorded. This amounts to US $576.4 million equating to a little over R8 billion.

Also presented at the STB marketing meeting, on the digital side, the destination’s performance across all platforms on social media has increased by 5.6%, from 392,612 to 414,764 with 222.3% increase in impressions and 31.8% in engagement. 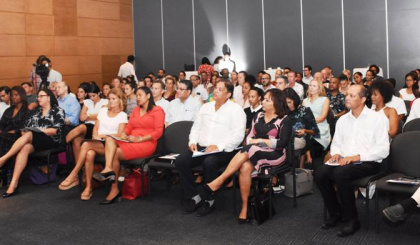