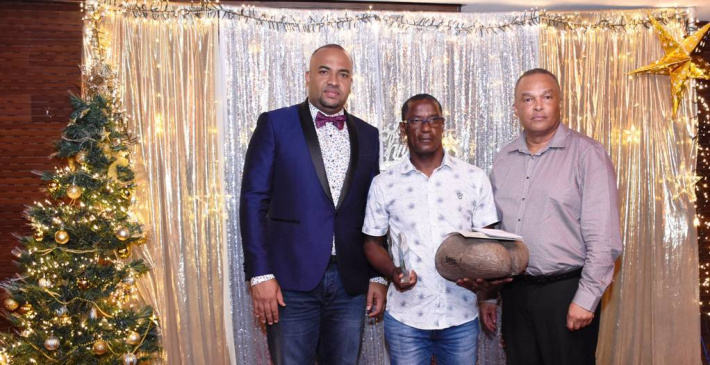 During its recent end-of-year gathering at the Savoy Resort & Spa, the Ministry of Environment, Energy and Climate Change hosted a long-service award ceremony to showcase its appreciation for its employees.

Jean-Claude Labrosse was recognised as the longest serving staff with a total of twenty years devoted to the public service.

He was presented with his shield, a gift voucher, certificate and a coco de mer by Minister Cosgrow and PS Agricole.

Mr Labrosse started off his journey as a public servant on March 1, 1999 at the Ministry for Local Government and Sports after which he was transferred to the Ministry of Environment in 2006 as a supervisor in the wetlands unit.

He is presently holding the post of principal officer for climate change adaptation.

Also recognised that night were six employees who have served five years with the ministry and these were Elyn Brutus, Fabriana Molle, Cynthis Peton, George Uzice, Joanna Proper and Joannys Camille.

Meanwhile Kenneth Antat and Doris Freminot were rewarded for their 10 years of service with the ministry.

To note, those on public service contracts are not usually acknowledged for their long years of service.

These went to Selvan Pillay who have been in the public sector for 40 years and Jeannete Larue who has served 26 long years.

Other awards of the night went to Gretel Quatre who has served as treasurer on the ETF board for 10 years and to Maria Jeanne who is retiring after four years managing the funds of the ETF. 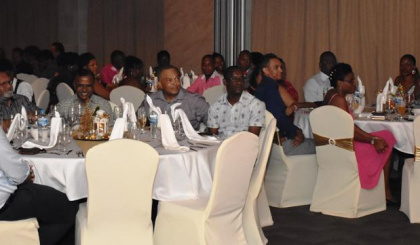 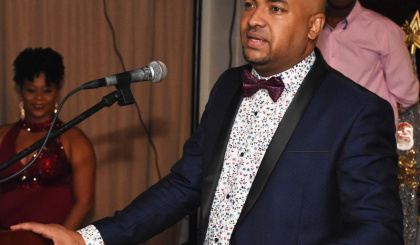 To read the story in full, please buy a copy of the newspaper or subscribe to Seychelles Nation app. Contact: jannick.pool@nisa.sc, nisasales@email.sc