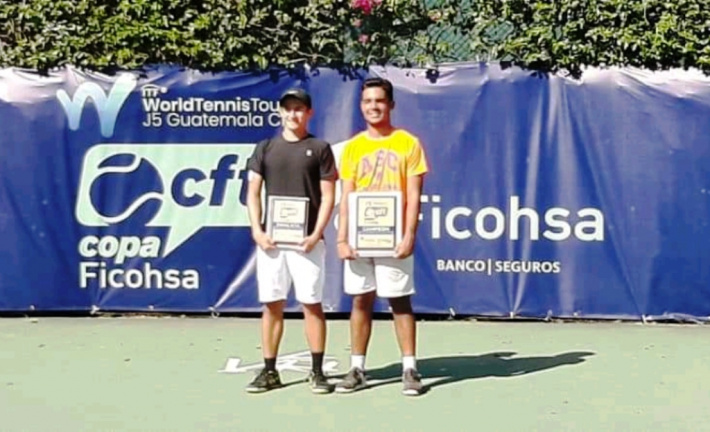 Seychelles’ number one male tennis player Damien Laporte is the singles winner of the International Tennis Federation’s J5 Guatemala tournament and he doubled it up with the doubles alongside Kenyan partner Keean Shah.

Also known as the Copa Ficohsa, the tournament was hosted by the Confederation of Tennis of Central America and the Caribbean (COTECC).

In the first round of the singles tournament, Laporte defeated Ian Freire of Guatemala 2-0 (6-1, 6-1) to easily glide through to the second round where he faced César Cruz of Spain.

It was an easy task for the young Seychellois rising star as he thrashed Cruz 2-0 to reach the quarterfinal. The set scores were 6-0 and 6-0.

In the quarters, Laporte was up against Andreas Chapides of Cyprus and once again he proved his superiority by easily eliminating Chapides 2-0 (6-3, 6-0).

The result placed him in the semifinal where he met his teammate and doubles partner Kenyan Keean Shah.

Used to each other’s playing techniques, Shah managed to outplay Laporte in the first set to win it 6-2 for a 1-0 lead.

Laporte however, managed to redeem himself in the second and third sets which he won on identical 6-4 and 6-4 scores to eliminate Shah and reach the final.

In the final match of the tournament, Laporte played against Carlos Alejandro Solares of Bolivia.

In the gruelling encounter, the Seychellois player managed to grab the first set 7-5, only to see the Bolivian come back stronger in the second set to win it 7-6, tying the match at one set apiece.

Laporte came out stronger in the third decisive set to win it 6-4 and take home the J5 Guatemala singles title.

Speaking to Sports NATION, Laporte said: “I am really happy with what I’ve achieved this week. Winning my first ITF in singles is a huge relief and confidence booster as there were a few doubts in preparation to these four weeks, and taking the doubles title as well is a huge bonus. The tournament was very good for me especially physically as I had to overcome many long hour matches in extreme conditions. But overall I’m very happy and hopefully I can continue the good form in the next two weeks.”

Laporte teams up with Shah to win the doubles

After finishing as runners-up at the J5 San Salvador Tournament held two weeks ago, Damien Laporte and his partner Keean Shah stepped up their game to emerge as winners at the J5 Guatemala on Friday.

In their round one match, Laporte and Shah had no difficulty eliminating the duo of Tyler Bowers and Stefan Regalia of the United States 2-0 (6-2, 6-1).

In the quarterfinal they were up against Kaeri Hernandez Mariona and Rodolfo Ovalle of the host country, and again Laporte and Shah emerged victorious 2-0. The set scores were 6-2 and 6-0.

The semifinal match was once again a smooth encounter for Laporte and Shah as they easily glided past Valentin Basel of Argentina and Jelle Korthuis of the Netherlands 2-0 (6-2, 6-4) to book their second consecutive final match in two competitions.

In the final they were up against Jakub Ostajewski of the United States and Carlos Alejandro Solares of Bolivia. 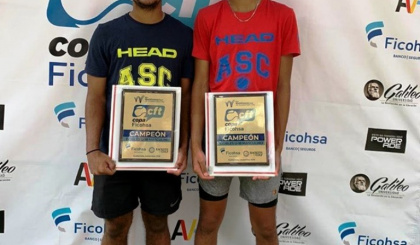