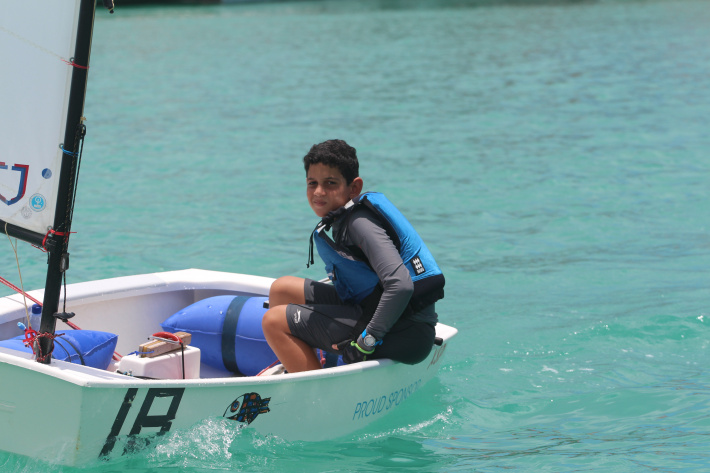 Luca Marzocchi in his element

Altogether, eight young sailors got their feet wet as they battled for this year’s title, but Marzocchi completely dominated the regatta to take three wins in as many races in the Eden Island bay for a total of 3 points.

Odysius Melanie finished as runner-up with 8 points. After finishing fourth in the first race, Melanie went on to claim second place finishes in both races two and three.

Once back on dry land and the prize-giving ceremony had ended, all the competitors enjoyed snacks and drinks sponsored by Eden Island.

The regatta was organised by the Seychelles Yachting Association and sponsored by Eden Island.

Winners of the regatta

Note: The regatta was not organised in 2011. 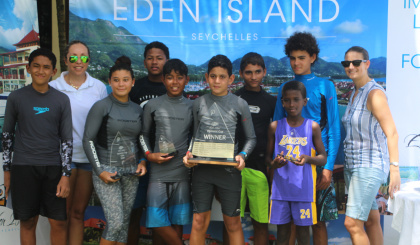