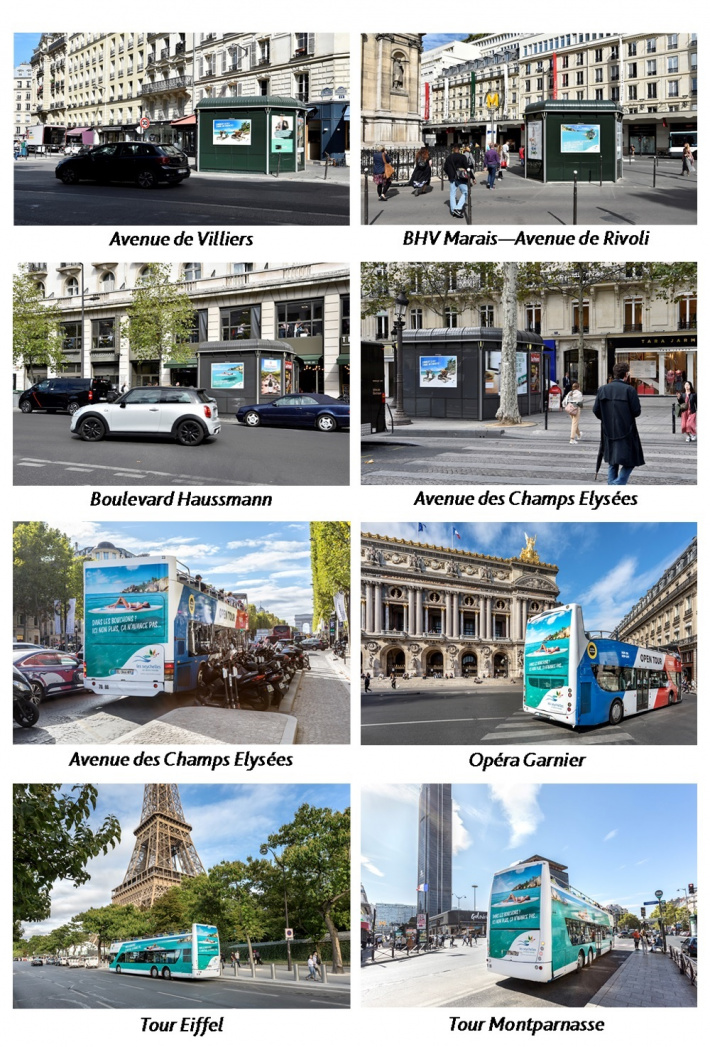 The Seychelles Tourism Board (STB) launched an above-the-line advertising campaign in France aimed at reaching out to potential holidaymakers on that market.

The advertising campaign ran from September 11 to 24 in the French capital Paris, where visitors were able to get a taste of Seychelles through various displays of the island paradise that were set up around the city.

The campaign exposed the Parisians to the tropical charms of the illustrious Seychelles islands and the diversity of the activities it has to offer all its visitors. This presented the Seychelles as a holiday destination for the locals during the winter holidays, which are fast approaching.

With the assistance of JCDecaux, a leading French company of outdoor advertising worldwide, visuals were designed and strategically installed around Paris and other suburban areas.

To maximise the exposure of Seychelles in Paris, 161 panoramic adverts were set up in kiosks in busy zones close to commercial areas such as the Champs Elysées, some libraries, city hall, boulevard Haussmann. Outdoor billboards were also placed in key locations in the Parisian suburbs.

The Parisian Open Tour buses, 100% green energy buses which offer sightseeing tour of the capital, also gave Seychelles exposure by displaying its tropical landscapes on several buses during the September 11 – 24 campaign. These buses circulate the most emblematic neighbourhoods and the most well-known monuments of the capital, on a daily basis. Around 40% of the active high purchasing power Parisians frequent these routes, and were therefore exposed to these remarkably stunning pictures.

The STB Paris office is continuously increasing Seychelles’ visibility on the French market through digital media, which at the moment is especially dedicated to diving before the international dive show in Paris in January 2020. Also, through print, STB Paris is promoting the Seychelles lush tropical environment, turquoise waters, sandy beaches and vibrant marine life, as well as the creole culture to the French public.

STB’s director for Europe, Bernadette Willemin, said: “The communication plan was aimed at being present in the heart of the capital and the nearby suburbs, which are affluent areas with great potential for our destination.”

Mrs Willemin added that “the outdoor campaign will go a long way in making Seychelles more visible on the French market and reach even more potential holidaymakers that may not necessarily have the chance to visit trade fairs and workshops conducted on the market”.

France has long been a major tourist market for Seychelles; currently it is the second largest market for Seychelles, after Germany. After closing the year 2018 with an increase in the number of visitors by 6%, France continued to show positive signs at the beginning of this year 2019. Figures from the National Bureau of Statistics (NBS) records show that as of September 22, 2019, the number of visitors from France stood at 30,310.

The advertising campaigns completed other ongoing and upcoming activities for consumers and tourism trade partners for the Autumn/Winter 2019-2020 season.