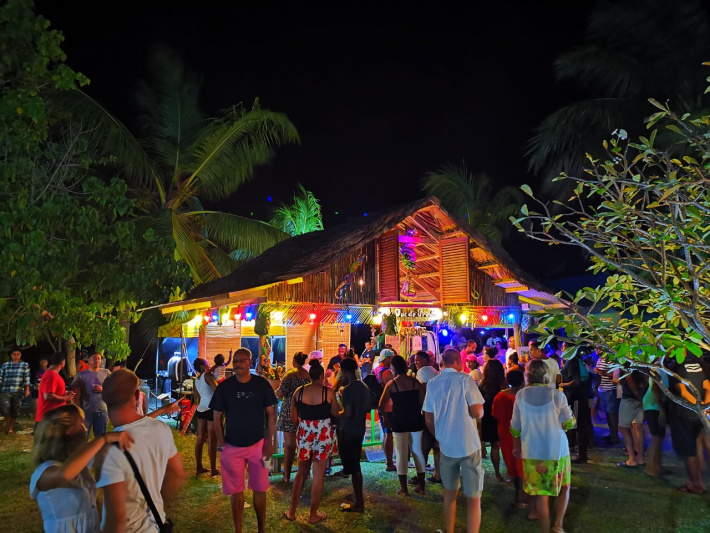 A large crowd joined the nine tourism establishments and trade partners in a Family Food Fiesta as part of the Tourism week activities on Praslin this Sunday.

The second such activity was held at the beach front area of the Berjaya Praslin Beach, which was also the main sponsor of the event.

Le Duc de Praslin Hotel won the ‘Most Beautiful stall’ while Oasis Hotel was the winner of the ‘Most Sustainable Stall’.

The stall providing the best food for the day went to Pirogue Restaurant & Bar.

This year the napkins and towels folding was a demonstration event only and each establishment had their teams showcasing their skills. Indeed, impressive designs were mounted.

“We are very satisfied with the participation of both tourism establishments and the public as well. We were particularly impressed with the talent and skills displayed and the interest of the general public,” Nathalie Du Buisson, Seychelles Hospitality and Tourism Association (SHTA) representative for Praslin, also part of the organising committee, shared their impression of the activity.

The event which was attended by a large crowd of both locals and tourists was held from midday till 10pm. 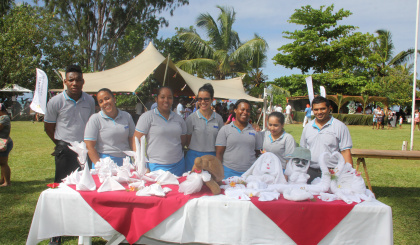 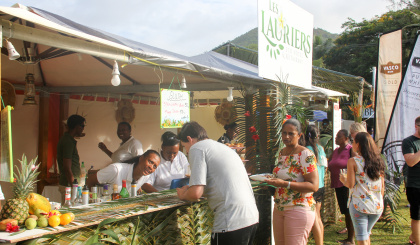 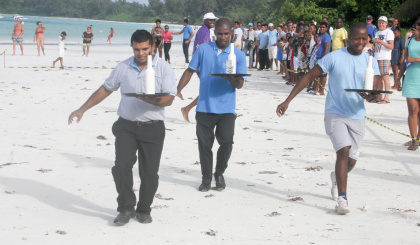