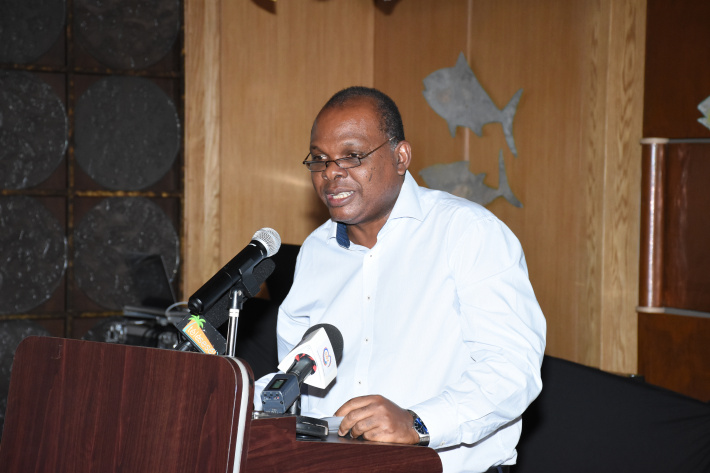 The 2nd Tourism Festival, a week of various activities and initiatives to raise public awareness on the importance of the tourism industry, was launched on Saturday evening in a ceremony which brought together stakeholders and different actors to celebrate the gains and reflect on the challenges and future of the industry.

The Minister for Tourism, Civil Aviation, Ports & Marine Didier Dogley launched the weeklong of activities during the tourism ball which this year took place at the Constance Ephelia Resort at Port Launay. Several ministers and officials in the tourism sector also attended the event.

It is under the theme ‘We are tourism, our pathway to prosperity’ that the activities for the tourism festival are taking place this year. A theme which Minister Dogley described as giving all the impetus to celebrate the importance of the tourism industry to our nation not only for the continued growth of our economy but also for the livelihood and prosperity of each and every one of us.

Minister Dogley said it is in recognition of the importance of the tourism sector that a whole week of activities has been organised to ensure the population at all levels is fully aware of their responsibilities so they can do their best to protect the industry.

“The festival is one of the numerous initiatives to bring awareness to the population as the different activities bring people together,” he remarked.

Minister Dogley highlighted the fact that the sector alone contributes more than 60% directly and indirectly into the country’s GDP thus the importance of dedicating a whole week to raise awareness on its importance..

He also stated that a lot of effort is being put into working with the schools through tourism clubs now that a coordinator has been appointed for the purpose of coming up with initiatives to raise awareness among schoolchildren, the future generation who will take over the running of the sector in the future.

Other initiatives similar to the past U-First Campaign are being considered. The campaign which started several years back was used to give a remarkable experience to and treat visitors to our islands well, give them value for their money and going all out to make their stay memorable, Minister Dogley revealed.

He went on to remind the population that visitors to our country are just like us when we visit other countries for holiday.

“We always compare prices of goods and services to that of our country or others   similar to ours. So we must always bear in mind that visitors are no fools and they know very well when they are being overcharged and this is why often they seek to buy the same products in shops and supermarkets at much more affordable prices as they have the choice to do so,” Minister Dogley highlighted.

He has appealed to all tourism establishments, hotels and restaurants to make their prices reasonable so they can sustain their businesses but to refrain from fleecing visitors.

He went on to note that the industry is a very volatile one and actors in the sector know that competition is high in the region thus the importance of treating visitors well and ensure they have value for their money so that they come back or recommend Seychelles to their friends.

Stressing on the continuously mounting cost of marketing to ensure we continue to receive visitors, he added that bad publicity and negative comments after any bad experience can damage and harm the industry enormously thus the need to continuously educate the public and raise awareness on the importance of receiving and treating visitors well.

“Seychelles’ prosperity today is thanks to the tourism industry and if we want the industry to continue to prosper in spite of tough competition in the region we need to nurture it to ensure it continues to grow to benefit us all,” Minister Dogley stressed..

For her part Sybille Cardon, the chairperson of SHTA, said members of the different establishments that she represents are all aware of and encounter challenges in the sector but she also highlighted the fact that Seychelles is beautifully positioned geographically, environmentally and culturally to offer a unique vacation experience to all the thousands of people who visit us every year.

But she said the difficulty to recruit Seychellois to work in the industry is impacting negatively on the sector and in this regard she also highlighted efforts underway following the introduction of tourism clubs to raise awareness of our young people on the vast career opportunities open to them in the sector.

She expressed confidence that in the future more young Seychellois will be more enthusiastic to join the industry.

In the areas of environmental protection, Ms Cardon said Seychelles has recently gained international recognition as the fourth greenest country on earth based on the percentage of its land mass supporting forest and foliage and environment protection as a whole and earlier this year it was declared as the holiday destination with the cleanest air in the world based on solid evidence and data which complements the hard work of all marketing agencies.

“There is therefore no doubt that for the kind of visitors that we wish to continue to attract to Seychelles, responsible environment management is of high priority,” Mrs Cardon stressed.

She added that tourists increasingly expect that the destination they have chosen for their vacation demonstrate not only an awareness for the importance of the environment but also actions in accordance with the awareness. This is why SHTA believes that all Seychellois regardless of whether they work within the tourism sector share the national responsibility for consolidating our international reputation as a sustainable green destination,” Mrs Cardon noted.

During the evening guests also had the opportunity to listen to and reflect deeply on two songs namely ‘Oceans and Visions’ written and performed by Joe Samy dedicated to our precious ocean, all its natural wealth and our vision for its future.

The other son was by Jean-Marc Volcy entitled ‘Tourizm i nou dipen’ dedicated to highlighting the importance of the tourism sector as our breadwinner and it was interpreted by Aaron Jean.

A number of entrepreneurs in the tourism industry also talked about its impact   on their lives, how they have grown and develop their businesses in the industry.

The tourism festival continues today with the recognition of tourism pioneers and other activities in collaboration with the Seychelles Civil Aviation Authority. 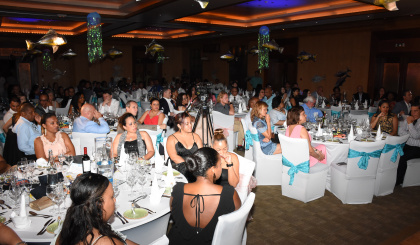 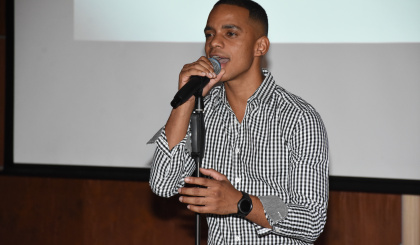 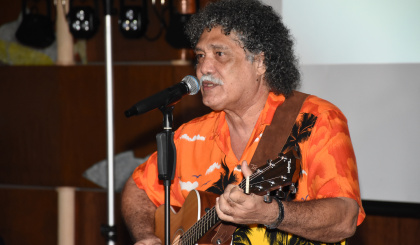