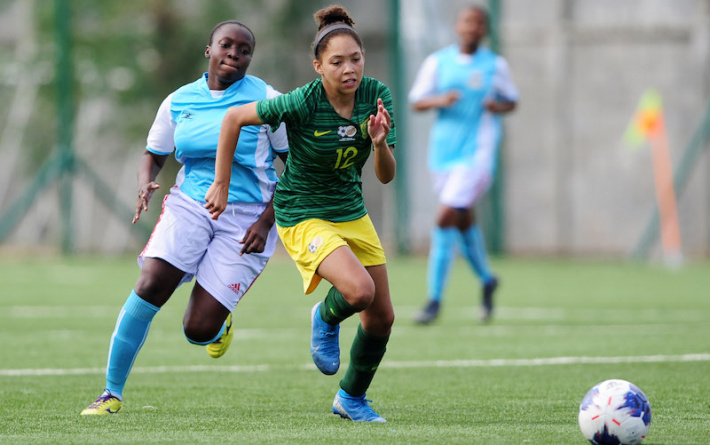 Another continental humiliation for Seychelles football

Following the embarrassing results against the Amavubi of Rwanda in the group phase of the 2022 Fifa World Cup qualifiers, Seychelles once again made the headline of African football with another humiliating defeat, this time in the women’s game.

In their inaugural match on Saturday at the Council of Southern African Football Associations Under-17 women’s championship in Mauritius, Seychelles lost 0-28 to the Bantwana of South Africa, allowing their opponents to write history by setting a new record for most goals scored in a single match, beating their old record of 22 goals set against Botswana.

Seychelles have been drawn in group B alongside South Africa, Botswana and Madagascar.

In fact, captain Jessica Wade, Nabeelah Galant and Sonika Mzingeli also scored hat-tricks as 11 players got their names on the score sheet as South Africa romped to a 15-0 lead at half-time with coach Simphiwe Dludlu’s new-look line-up showing little mercy to their rookie opponents.

In the other group match on Saturday, Botswana beat Madagascar 6-0.

Mauritius started the tournament with an impressive 5-1 win over fellow Indian Ocean islanders Comoros in group B but will likely face much stiffer opposition when they meet guest competitors Uganda.

Uganda drew 1-1 with Zambia in their opening game on Friday, making this a key encounter for both sides if they are to advance to the semifinals.

Without a women’s league, or any structure whatsoever in place, the big question is how did the selection process for the national team take place and why did the Seychelles Football Federation allow the girls to humiliate themselves and the country’s flag at such a tournament?

Commenting on the match after the 28-0 trouncing, coach Vivian Bothe admitted that it was a very difficult match since for the past five years Seychelles does not have a women’s football league and the team have been together for only two and half months.

He even added that the girls are not football players, but they just love the game, so they were put together as national selection.

Coach Bothe also added that the defeat is also a wake-up call to educate everybody on the level of women’s football on the continent and that if we want to rub shoulders with them, there is a lot of work to be done.

In that line, he attributed the Bantwana’s victory and performance to their good football structure and academy, something which he said does not exist in Seychelles. 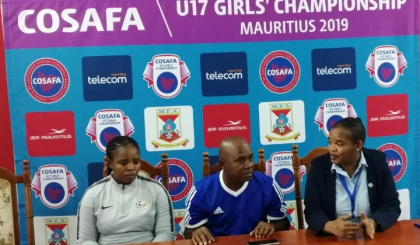