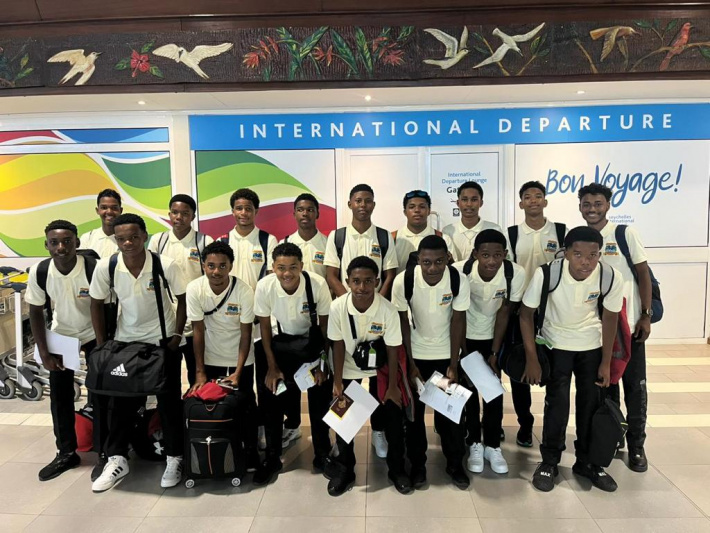 Youths from across Southern Africa and the Indian Ocean will take Malawi by storm as from next week to compete in the 10th high-profile African Union Sports Council (AUSC) Region 5 Youth Games.

Seychelles will be present at this multisport youth extravaganza for the first time, competing in the boys under-17 football competition which will also serve as the Council of Southern Africa Football Associations (Cosafa) qualifier for the TotalEnergies U17 Africa Cup of Nations Algeria 2022 continental finals.

The top two finishers in this competition, the winners and runners-up, will qualify to represent Cosafa at the continental finals, Algeria 2022.

The Games, consisting of 12 sports disciplines, will see the participation of all member countries of the AUSC Region 5 and the invited four Southern Africa Development Community (SADC) states. These are Angola, Botswana, Lesotho, Malawi, Mozambique, Namibia, South Africa, Eswatini, Zambia and Zimbabwe with the four SADC invitees being Tanzania, Democratic Republic Congo, Madagascar and Seychelles.

As all the members of Cosafa form part of this group, the Games’ football competition has extra significance as it also doubles up as the regional qualifier for the U17 Africa Cup of Nations.

Nine countries are sending boys’ teams to the Games’ football competition which is for both genders.

For football, the nine teams have been divided into three groups of three and Seychelles having drawn in group C alongside last year’s beaten finalists Zambia and Mozambique, a pool which organisers believe looks tough to call.

Group A contains Malawi, Botswana and Namibia in which, it is said, there could likely to be a fiercely contested battle for top spot. Group B is made up of Angola, South Africa and Mauritius.

The Seychelles squad, made up of players from academies and clubs, will play their first match against Zambia on December 5 and will be up against Mozambique for the second on December 7.

The three group winners and best-placed runners-up will advance to the semifinals of the tournament.

The previous edition of the boys’ competition was played just last year in Maseru, Lesotho, where Angola claimed the trophy with a 2-1 victory over Zambia in the final.

South Africa lead the way with three titles overall, followed by Zambia and Angola with two.  Malawi (2001), Namibia (2016) and Zimbabwe (2007) have also lifted the title, which has generally been shared around among them.

The Seychelles delegation of 18 players and five officials will leave the country in two groups. The bulk of the delegation left yesterday and the rest on Monday November 28.

Head coach Michel Renaud believes the competition will be a good test for the players, especially those who will be competing internationally for the first time.

Participation in this competition forms part of the emphasis the Seychelles Football Federation (SFF) places on youth development and the importance it attaches to giving young players as much international exposure as possible.

The AUSC Region 5 Youth Games are being held under the theme ‘Igniting the African dream’. They aim to provide participating countries with an opportunity to strengthen sport development in their jurisdictions and promote the benefits of sport and healthy lifestyles, build partnerships, and promote culture and values.

They celebrate sport, social exchange and cultures, providing opportunity for the developing athlete to compete in a friendly competition while sharing cultural values from their different countries.

The Games will officially open on December 2 at the Bingu National Stadium in Lilongwe and close on December 11 at the same venue.

The Seychelles delegation are expected back on December 13.