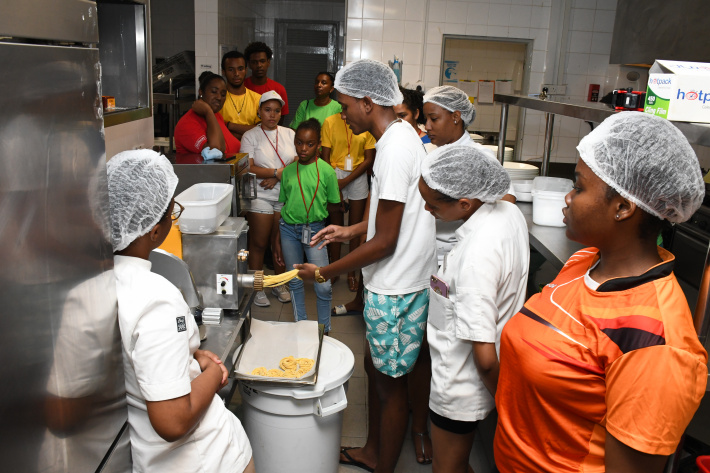 To commemorate Universal Children’s Day on Sunday, the Ministry of Education in collaboration with Hilton Labriz Silhouette, on Saturday hosted a children's conference under the theme: ‘The Influences of Children in Hospitality and Tourism’.

This activity with Hilton Seychelles was among many other activities by the Ministry of Education, in collaboration with other ministries and other bodies, to expose children to hospitality and tourism.

Apart listening to and interacting with a panel and the various speakers who shared their experiences and life journeys into the hospitality and tourism industry, the students also engaged in a series of fun and learning activities organised by the hotel. These activities included a treasure hunt, tree planting, poster judging of a competition for the conference, towel display, mocktail making and the making of pasta.

Tourism club students from the two secondary schools adopted by Hilton also had the chance to share their journey to form their clubs, their activities in the clubs and on their relationships with their respective hotels.

Two student representatives from the International School Seychelles (ISS) also got to share the activities conducted by students in their school’s tourism club which for the moment has not yet officially been launched and adopted under the ‘Lospitalite – Lafyerte Sesel’.

Addressing the audience Minister Valentin said that they wanted to hear and have a dialogue with students from the higher end of the education spectrum on their thoughts on hospitality and tourism in the country.

He added that such activity on the island could get the students to influence their parents for a visit or holiday on the island and also to motivate them to start thinking of a career in hospitality and tourism.

Minister Valentin said that the ministry was very happy to have partnered with Hilton to host the first Children’s Conference which has paved the way for a second and a better second edition for 2023.

He added that as the country has never celebrated the International Student Day on November 17, which went unnoticed, and the Universal Children’s Day (both relatively new to the country), the two dates will be added its calendar of activities for celebration next year.

In his message for the Universal Children’s Day yesterday, which focuses on the rights and needs of children in relation to education, health care, security and welfare, Minister Valentin stated that while the ministry fully subscribes to the rights of their education, the students have the responsibility to learn and to appreciate what they are learning while also allowing others to learn and teachers to teach.

He added that when children know their rights and their respective responsibilities, they will help build a better world for themselves and for others.

In her keynote address, the principal secretary for Tourism, Sherin Francis, stated that while tourism in the past in the country was for love and romance for couples, the shift is now changing with the influence of children on their parents in relation to travel destinations to which the country has to diversify its tourism products to cater for families so as to suit the children as well.

PS Francis said that the idea of bringing tourism in the country towards children, who are considered agents of change, is to see a new generation who will love and appreciate our tourism industry.

She noted that the tourism department has noticed the great potential that children can contribute in the country’s economy and it is using them in its marketing strategy.

In his opening remarks, Mr Borg reminded the students that career in hotels are not just about working in restaurants, bars and bedrooms but in management, finance, design and engineering, among many others.

He encouraged them to join the tourism clubs and to study well their live in environment as it could influence their future.

He also encouraged them to use whatever means they have to help promote tourism in the country.

Mr Borg stated that children are very important in the tourism industry, as the influence of change, it was them who saved their (Hilton) business during the Covid-19 pandemic through their participation in the hotel’s ‘Campcation programme, a day and night indoor and outdoor activity programme for younger and older kids. The programme is run by Emma Mothe, who also had the opportunity to share it with the audience.

The conference was marked by various musical entertainments by local singer Sandra. At the end of the conference, Curtis Pool from Praslin secondary school was named as the winner of the Children's Conference poster competition. Ahser Rath and Annarosa Bistoquet, both from Mont Fleuri secondary school, came in second and third respectively.

The accompanying photos show some highlights of the activity on Silhouette. 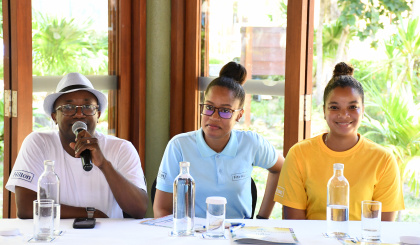 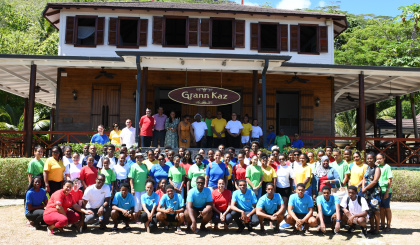 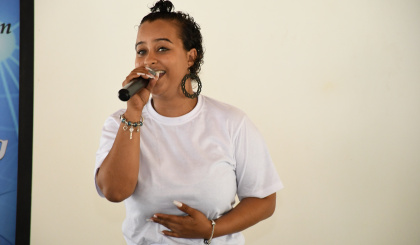 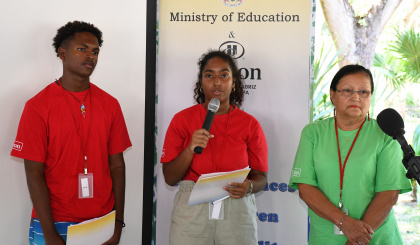 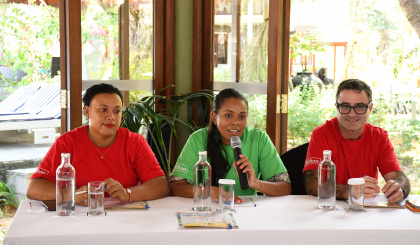 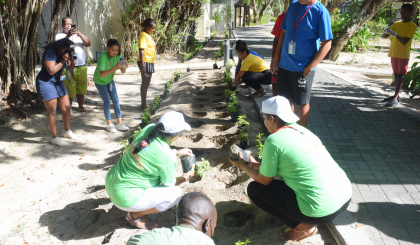 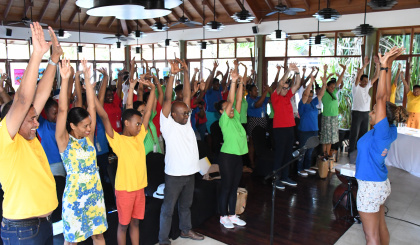