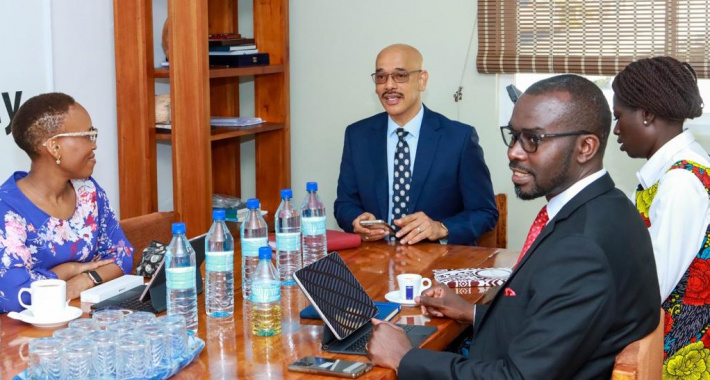 • Urges Seychelles to focus on the continent

Seychelles stands to gain tremendously from being a signatory to the African Continental Free Trade Area (AfCFTA) and the country needs to seize this opportunity and focus on Africa’s potential.

It was Ambassador David Pierre, who is the permanent representative to the African Union Southern Africa Regional Office (AU-SARO), who made the statement recently during an outreach visit to Seychelles, along with a delegation from the AfCFTA, led by its secretary general, Wamkele Meme.

The outreach activities between November 14 and 16, was for the experts from the African Union Commission, AfCFTA secretariat, government officials, and the private sector, to sensitise, advocate and educate both the public and private entities on the benefits of the AfCFTA agreement as well as rally support for its implementation.

AfCFTA is a free trade area encompassing most of Africa and is one of the 15 flagship projects under the Agenda 2063, which is Africa’s blueprint and master plan for transforming the continent into the global powerhouse of the future. Its aim is to create a single market for goods and services on the continent, with free movement of people and investments.

Ambassador Pierre said part of AU-SARO’s mandate is to popularise the Agenda 2063 and in his case, this is among the 16 countries, including Seychelles that fall under his portfolio. During this trip, AfCFTA was the main flagship project being promoted.

He said that with its population size of 1.3 billion, which is more than twice that of Europe, out of which 60 percent of them are the youth, Africa with all its resources has a huge potential.

“Africa has a combined GDP of almost four trillion dollars at present, with the potential to increase over the coming years. Seychelles need to situate itself in the Agenda 2063 agenda and see where it stands to benefit,” said Ambassador Pierre.

AfCFTA was established in 2018 by the African Continental Free Trade Agreement. It has 43 parties and another 11 signatories, making it the largest free-trade area by number of member states, after the World Trade Organisation.

“Seychelles, as a small country, stands to benefit a lot from AfCFTA. We are used to small markets and our people are used to doing business with a small market but then suddenly you find yourself trading with 1.3 billion people. So we need to prepare ourselves, and this is the main reason of our visit,” he explained.

He said although Seychelles might not find how it fits into a flagship project on the continent, such as the integrated high speed train network that plans to connect all African capitals and commercial centres, it should focus on the interconnection between AfCFTA and movement.

“If tomorrow a Seychellois wants to trade with an African country in the west, movement will be easier. These projects are important when you link them to AfCFTA. Trade will not work if we do not have free movement of goods and services. It will be stagnant. So all of these interconnected, one needs the other to allow the aspirations of Agenda 2063 to work in its entirety,” he said.

During their visit, the team also held talks with the Seychelles Chamber of Commerce and Industry, which Mr Pierre described as fruitful. They also met with government representatives through the Foreign affairs department as well as the Seychelles National Youth Council (SNYC).

He has urged businesses to relook at how they do business and to turn their attention to the continent.

“AfCFTA is relatively new, as it came into force after being ratified by the 22nd country in 2019. We have just started trading under the agreement and not all protocols were in place. So if it was difficult to trade with Africa ten years ago, things are changing and moving at a relatively high pace, and Seychelles should pay attention,” added Ambassador Pierre.

Seychelles became the 39th country to ratify the AfCFTA agreement on the September 15, 2021.

The accompanying photos show Ambassador Pierre and the AfCFTA team during their recent visit to Seychelles. 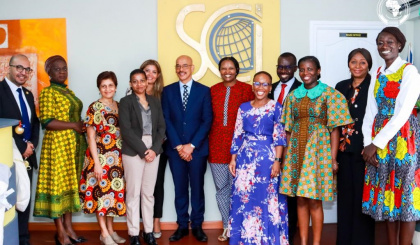 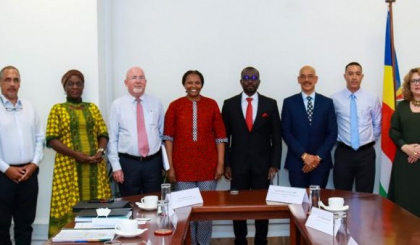