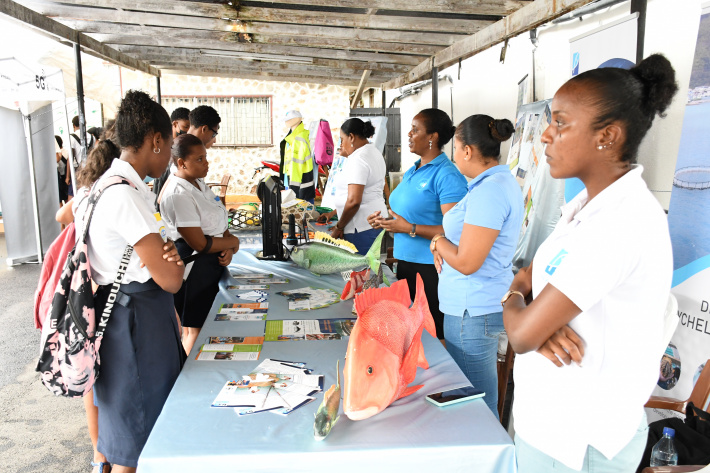 The Minister for Fisheries & the Blue Economy, Jean-François Ferrari, has said the future of the fisheries sector is for the country to do better and more with less, which means earning more while using the same fisheries resources.

He was speaking at the launch of the Fisheries Week yesterday afternoon at the National Museum, which also saw the launch of an application called FishBites App and the opening of a two-day exhibition which highlights the various work carried out by the Seychelles Fisheries Authority (SFA).

Seychelles’ Fisheries Week coincides with the international one which this year is being held under the theme ‘International year of Artisanal Fisheries and Aquaculture’.

When addressing guests, who included staff of the SFA and the Fisheries and Blue economy departments, representatives of various local fisheries associations as well as students, Minister Ferrari emphasised on the need to find a balance between protecting the resources, while still benefitting from the sector.

He said that overexploitation has led to depletion of the resources, and the country must now focus on how to earn more with less.

“We have to transform our resources by adding value to them. The same amount of fish and other marine products we are getting need to yield more money, because we cannot further exploit the resources we have,” he said.

Minister Ferrari said his ministry is doing what it can to manage the industry for the future generation and urged the population to be understanding when measures, considered to be extreme and harsh, are put in place.

“When you hear that we are imposing restrictions on certain sea-cucumber species, or disallowing you from fishing small species of fish, we are not doing it to spite you. Rest assured these are tough decisions but they have to be taken if we are to preserve the stock for the future generation,” he said.

He said one of the recent tough decisions being considered is the reduction of the number of ships fishing in Seychelles’ waters as it would mean less money for the country.

“They are difficult decisions, but they have to be taken,” said Minister Ferrari.

He added that his hope for the future lies with the youth and has urged them to join this formidable sector upon completion of their studies and to help protect the marine resources.

Yesterday’s event kicked off with fisherman Cliff Morel blowing a conch shell, traditionally used to announce the arrival of fishers and their catch and performance by renowned artist Joe Samy on the importance of protecting the ocean.

The highlight was the launch of a new free app, FishBites, which is now available for download and which has a collection of 25 fish recipes produced by the SFA and its in-house chef.

According to the chairperson of the Fisheries Week committee, who is also the assistant PR & communications manager, Darrel Antat, through the application they wanted to show that SFA does not only focus on managing stocks but promotes other less known species which can be enjoyed in various dishes.

“The application will allow the public to discover various new recipes with fishes that are not too popular or well liked such as ‘galate’, ‘matongo’, ‘ziblo’, and ‘rouze’ , and enjoy them as well,” said Mr Antat.

He said the recipes will be updated every quarter of the year.

There is also an exhibition showcasing the efforts being undertaken by SFA to better manage Seychelles’ fisheries.

The exhibition is open to the public and has already attracted various schools.

During the week, there will also be a donation of equipment to the Seychelles Maritime Academy as well as a Seafood fiesta Roadshow at the National Museum.

Our selection of photos show some highlights of the Fisheries Week launch ceremony yesterday. 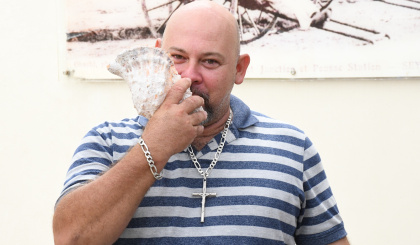 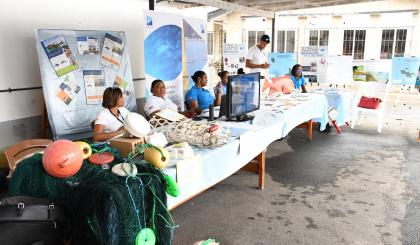 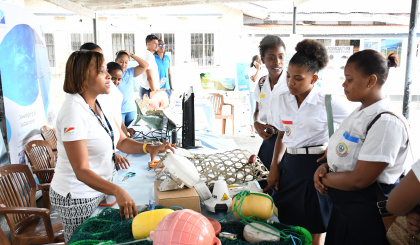 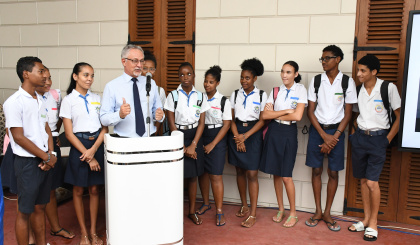 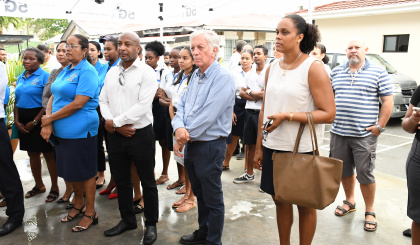