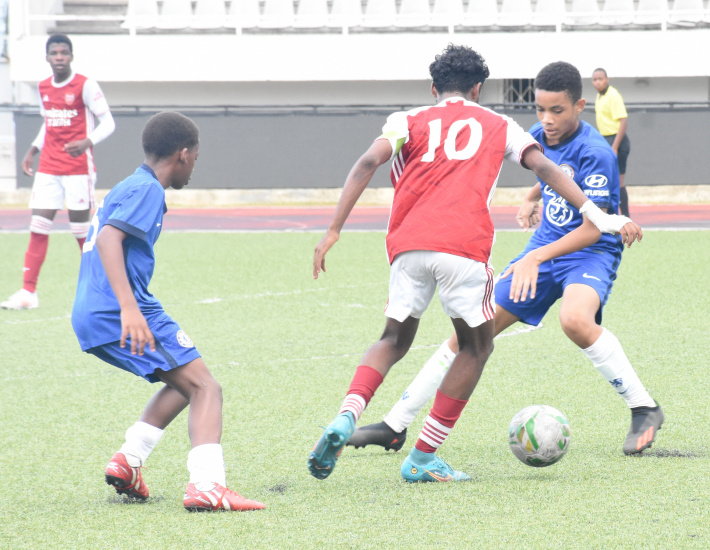 Persévérance secondary school who competed under the name ‘Arsenal’ are the champions of this year’s Seychelles Schools’ Premier League, initiated by the British High Commission, with the support of the Seychelles Football Federation and the Ministry of Education.

Perseverance ‘Arsenal’ finished on top of the 10-team league on 48 points from 16 wins and only two defeats in 18 matches played.

In their last league match yesterday at Stad Linite, which was just a formality, the players of coach Mervin Bonnelame were up against Beau Vallon ‘Chelsea’ and with Gerrick Labaleine and Jude Volcere scoring a goal apiece, it was enough to secure another win and three more points.

The match was in fact a London derby played in the heart of Seychelles, with the Arsenal kits of Persévérance winning against the Chelsea kits of their opponents.

Other than the School Premier League cup, there were also presentations of awards for individual achievements, with Labaleine winning the golden boot, while Lorenzo Hoareau who plays for Mont Fleuri ‘Tottenham Hotspur’ was awarded for being the player of the year.

An initiative of the British High Commission (BHC), and a collaboration between the two governments ‒ United Kingdom (UK) and Seychelles ‒ the tournament is aims at promoting health and activity, precisely to improve the physical and mental health of our young people.

The league trophy was handed over to the captain of Persévérance, Brendon Bastienne, by British High Commissioner Patrick Lynch.

Commenting on the continued success of this project and the new champions of both the girls’ and boys’ competitions, High Commissioner Lynch said: “The shared history and shared values of Seychelles and the UK are reflected in many aspects of our lives, including our shared love of football. The success of this project has been delivered through a strong partnership with the Seychelles Football Federation and some inspirational local coaches. They have set high standards for their team members, and the children have risen to the challenge. Attendance at training and games has been exemplary, providing a healthy activity that can build self-esteem. As every fan knows, football is more than just a game. It is about valuing teamwork and community, and the players in the Seychelles Schools Premier League have shown that in abundance.”

It is to note that this project has gone from strength to strength. The girls’ league completed its first season with Anse Boileau, in the colours of West Ham, crowned champions in their final game at Stad Popiler on Monday this week. The games have been well attended by parents and the wider school community throughout the country, enjoying regular newspaper and television coverage. 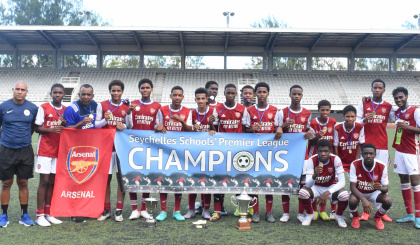 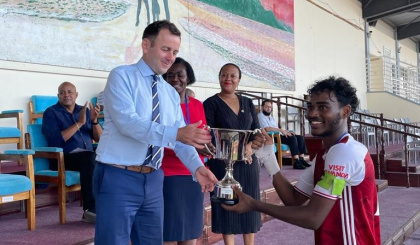 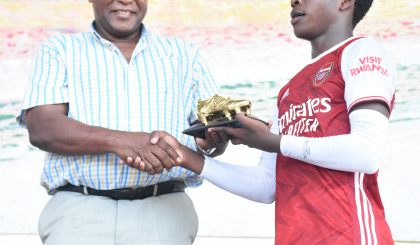 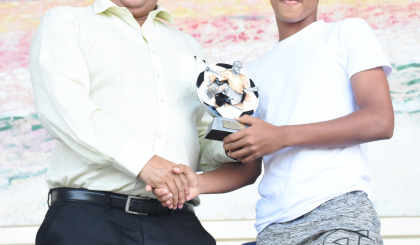 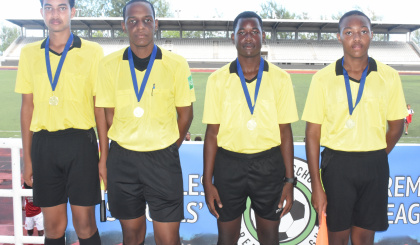