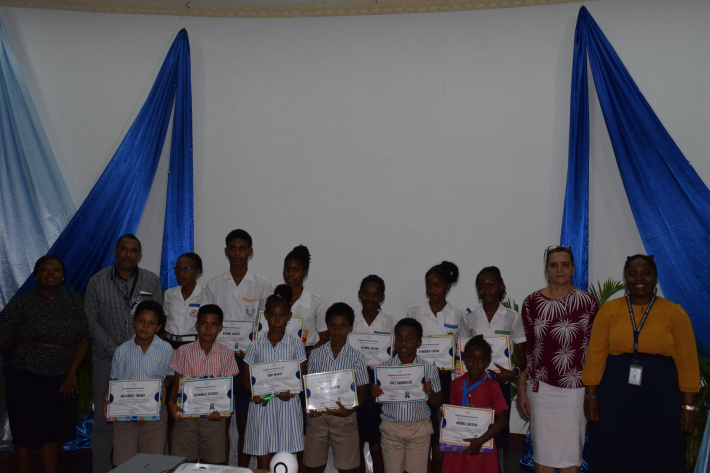 The Ministry of Education yesterday organised a workshop with school management officials as part of activities to commemorate the Anti-Bullying Week, observed from November 14 to 18.

Observed under the theme ‘Reach Out’ for this year, the activities and campaign seek to empower learners to do something positive to counter harm and hurt that bullying causes.

Grouping together officials from the twenty-five state schools, the workshop was partly facilitated by consultant Benjamin Vel who provided an overview of a pilot project launched in selected schools with the support of the ministry and Cable and Wireless to address the issue of bullying within school institutions, an issue which is still “alarming” according to ministry officials.

The event, held at the Seychelles Institute for Teacher Education (SITE), was also an opportunity for individual schools to provide a progress report on the implementation of the school’s anti-bullying programmes.

Psychologist and member of the Anti-Bullying Oversight Unit, Marie-Antoine Bethew, noted that the aim of the activity is to encourage learners who are being bullied to reach out to other peers, teachers and school officials.

“The Anti-Bullying Oversight Committee, at the ministry, sought to bring everyone together to, firstly, evaluate how the various anti-bullying activities are going within schools. When we launched the anti-bullying policy in 2018, we asked that each school adapt the ministry’s policy to fit their respective schools. This meant that each school had their own action plans and implementation plans. As such, we wanted that schools share their experiences in putting their action plans to work, the difficulties they face, and to work together to address these,” Mrs Bethew noted.

The committee and ministry are presently in the process of reviewing the existing anti-bullying policies, and is expected to launch a revised version next year.

According to Mrs Bethew, they receive a large volume of complaints related to bullying at ministerial-level, from minor cases to major cases which warrant police intervention. She described the situation as alarming despite all the efforts, the main reason why efforts are being channelled into reinforcing the anti-bullying policy.

“As highlighted by some schools today, while they had started the implementation, with the changes in school modality and closures resulting from the Covid pandemic, some schools failed to continue with their plans. Therefore we want them to reinforce their plans, that they go back to their schools and go back to their school communities, including parents, students, teachers and management to review their policies and as from next year implement their plans,” Mrs Bethew added.

Anti-Bullying Week has been observed annually since 2018.

For his part, Mr Vel outlined the various types of bullying common in schools, based on the findings of the Light Amid My Path (LAMP) Association. Through the pilot programme launched in four schools thus far, he noted that some of the behaviour exhibited by bullies constitute criminal behaviour under the Family Violence (Protection of Victims) Act 2000, the Children Act 1982, as well as the Penal Code.

Mr Vel proposed that the solution to having nurturing, supportive schools is to provide support to bullied students, transformative sessions for the bullies as well as through parental engagement. Other solutions he proposed are frequent patrols in schools, cameras, mentoring programmes with parental involvement, and assigning leaders are guardian angels for those who are being bullied.

Director general for institutional support services at the Ministry of Education, Bernard Arnephy, also made known the ministry’s focus on the ethos and school culture in addition to the academic side.

He noted that the ministry is currently dealing with certain serious bullying cases, and that it is important that parents are held to task and are accountable for the actions of their children.

“The ministry alone cannot be successful, all partners must team up to give a helping hand. Bullying in schools is on the increase and many children feel that they do not even want to come to school due to such situations,” Mr Arnephy noted.

All secondary schools are now equipped with cameras, although these tend to be vandalised, at a significant cost to the ministry. Authorities are working towards finding alternative and innovative solutions to manage and eliminate bullying.

In addition to the sharing of best-practices, the winners of the ‘One kind word’ poster competition launched last year were also presented with prizes.

Activities to raise awareness about bullying commenced as of last week with sharing of anti-bullying information to schools by Student Support Services (SSS). As of Monday, a special assembly was held in all schools by their respective management teams, in line with the theme ‘Reach Out’.

The campaign is set to come to an end on Friday with media spots, for which schools are being invited to make contributions, including creative writing, photos and articles.

Text and photos by Laura Pillay 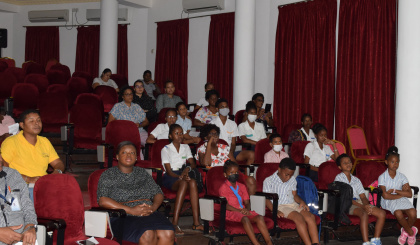 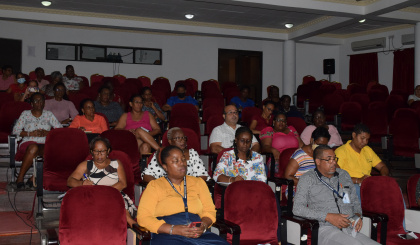 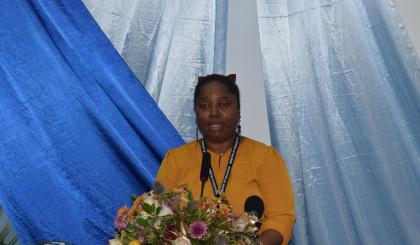 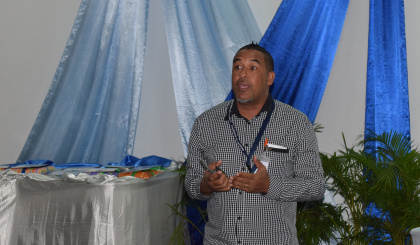 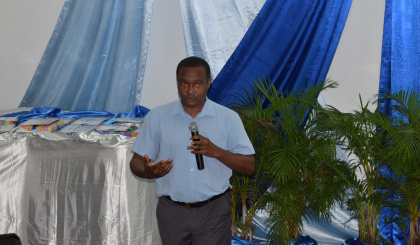