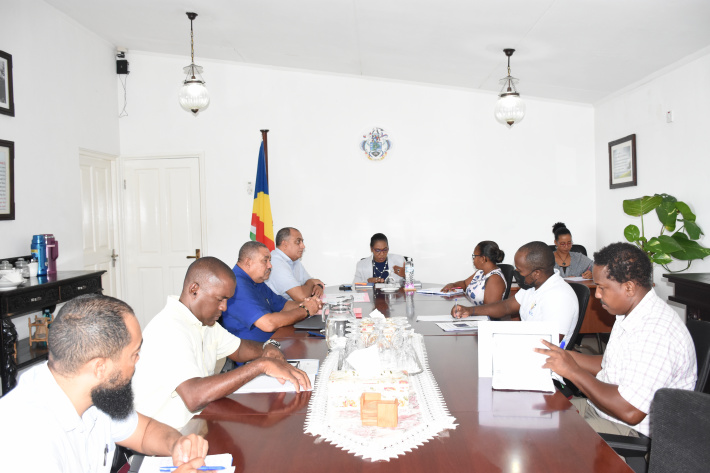 In an effort to address the deficiencies and challenges of the existing high sports performance programme, the authority, through the Ministry of Youth, Sports and Family has set up a high-level team to rethink strategies about and around the subject.

Headed by Sports Minister Marie-Celine Zialor, the committee has been meeting regularly since August following the poor performances of our athletes at the 2022 Commonwealth Games held in Birmingham, England between July 28 and August 8.

Among other things the team is looking to formulate a new strategy for international cooperation for high-level sports and the professionalisation of sports; come up with a sports policy for international competitions and major games; set up a technical committee for high-level sports; organise a proper structure for coaches, and identify a list of countries for potential exchanges and sports scholarships.

Fact-finding missions to countries like Botswana, India, South Africa and other island states which performed well in Birmingham are also being considered as potential partners for the future.

Based on the initial scheme, a high-performance athlete means one who has taken part in a youth development scheme for a minimum period of three years in a chosen field of sport that is recognised by the NSC, or has participated in at least one national or international competition organised by a recognised national sports organisation by the NSC or by an international federation, or has been nominated by a recognised national sports organisation to have reached a level of excellence in their chosen field of sport.

The national sports organisation must submit an athlete profile giving the full performance history and latest results possible along with the athlete’s current training programme.

This scheme is result-based performance at regional, continental, intercontinental and world level.

The allowance helps athletes with supplementary needs, but it is not a salary.

Performances are monitored and evaluated according to the training and competition programme submitted on a quarterly basis.

According to Minister Zialor, the top priority of the committee at present is the upcoming Commission de la Jeunesse et des Sports de l'Océan Indien (CJSOI) Games scheduled for Mauritius from December 4-11, 2022 and the Indian Ocean Islands Games (IOIG) which will take place in Madagascar next year.

She explained that there will be better management of the high-level scheme through a more organised manner, with more professionalism and better monitoring.

Minister Zialor further explained that through that process, they will need input from local sporting organisations, as well as professionals in the sports field.