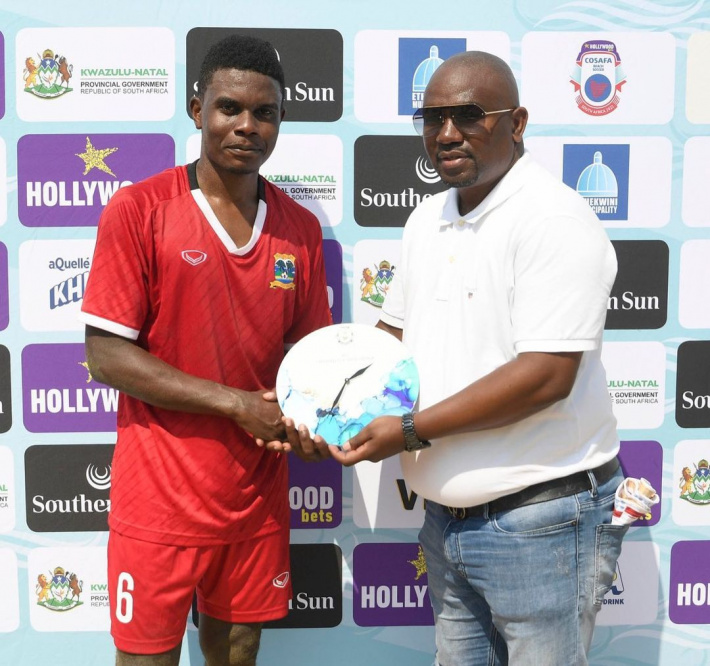 Glenny Gamatis was named player-of-the-match for his good overall performance to help the Seychelles team, coached by Edmond Robert, register a victory.

It was a must-win match for Seychelles in group A as their next two matches are against two African giants ‒ defending champions Mozambique and 2015 Beach Soccer Africa Cup of Nations winners Senegal. They play Mozambique today and will meet Senegal in their last group game on Wednesday September 28.

The onus is on the Seychelles to give a better performance this time after their disappointing showing at the Hollywoodbets Cosafa Beach Soccer Championship in 2021 when they lost both group encounters against hosts South Africa (2-4) and Angola (6-8) to miss out on the semifinals.

In the plate final, the team again lost 4-5 to fellow islanders Comoros. Hansel Coeur de Lion top-scored for the side with five goals.

The winners and runners-up of group A will meet those of group B in a cross knockout in the semifinals. Group B is made up of Egypt, Mauritius, Tanzania and Uganda.

The championship is taking place in Durban from September 25 to October 1. 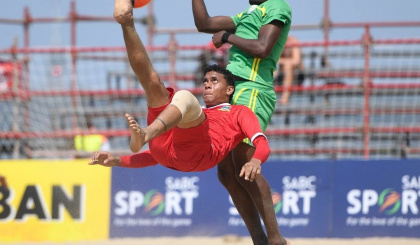