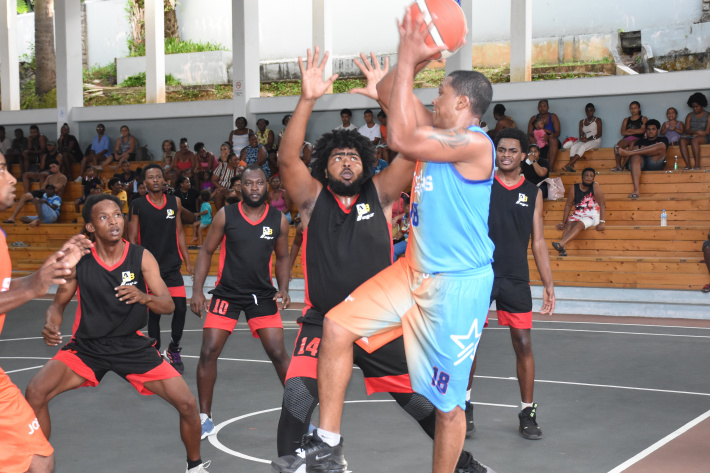 Praslin Boys had to dig deep into their reserve for a hard-fought win and two points, defeating Mont Fleuri Ballerz 61-58 in the dying seconds of the first men’s division two match played during the weekend at Victoria Gymnasium to become the leaders.

After narrowly winning the first quarter 17-15 Praslin Boys fell behind on score in the second quarter, losing 14-15, for a narrow 31-30 lead at half-time.

Ballerz, who defeated MBU Boys in their previous league match, came out stronger in the third quarter, rubbing shoulder with a much younger Praslin side but still lost 20-21, leaving Praslin Boys with a 52-50 lead at the end of the third period.

It was in the fourth and final quarter that the match was decided, with both teams having equal opportunities to win while committing a lot of mistakes.

It was Praslin Boys who had the upper hand at the end of the quarter, scoring nine points, compared to eight for Ballerz, allowing the former to sail away to Praslin with a 61-58 victory and two more points.

The win steered Praslin Boys to the top of the league table for the first time on 21 points from nine wins and three losses in 12 matches, while the defeat keeps Ballerz sixth on 16 points from four wins and eight losses after 12 matches.

After winning the first quarter 17-15, Anse Etoile kept their momentum in the second quarter, winning 18-14 for a 35-29 advantage at half-time.

AB Boys, however, managed to step up their game in the third quarter, outscoring Anse Etoile 18-14, cutting their lead to 49-47 after the end of the third period.

With no intention of losing the match, Anse Etoile came out all guns blazing in the final quarter of the match, scoring 16 points, compared to only five for AB Boys to go home with a 65-52 victory and two more points.

Following the victory, Anse Etoile are now second on 20 points from nine wins and two defeats in 11 matches, AB Boys have dropped to third with the same number of points, wins and losses. But they have an inferior basket difference.

Mont Buxton-based MBU Boys are still winless in the league and their latest punishment was against PLS Suns on Sunday, losing 57-73.

Following a decent start, MBU Boys managed to get the upper hand in the first quarter, winning 15-12, before PLS Suns took control of the match, snatching the second quarter 17-10 for a 29-25 lead at half-time.

Still focussed at that point, MBU Boys managed to outscore their opponents in the third quarter, winning it 20-13, bringing the score to 45-42 in their advantage at the end of the third period.

However, things turned the other way round for MBU Boys in the fourth and final quarter and their hope of collecting a first league win vanished when a more organised PLS Suns surprised them, scoring 31 points, compared to only 12 for them, sealing the match with a 73-57 victory.

The victory pushed PLS Suns into fifth place overall on 17 points from five wins and seven losses in 12 matches played, while MBU Boys are glued to the bottom of the table on 11 points from 11 defeats in as many matches. 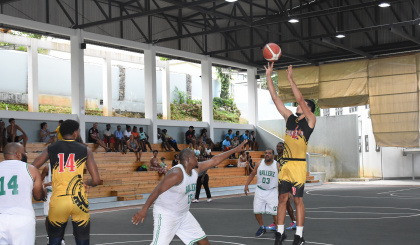