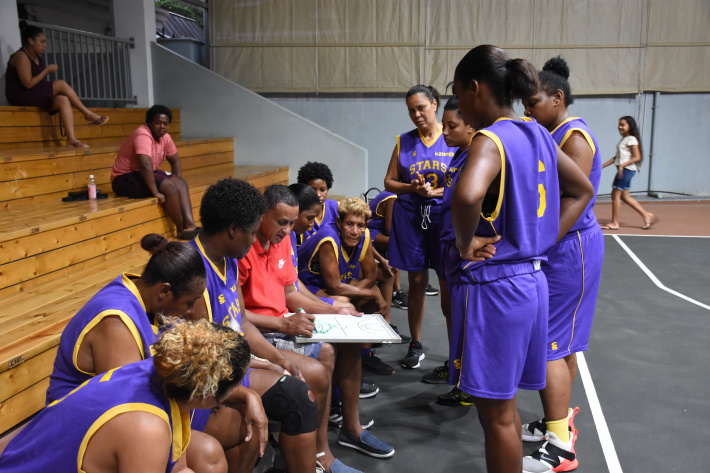 Still unbeaten in the league, leaders Anse Etoile Stars grabbed two more points from their last league match following their 65-43 victory over Mont Fleuri, while Anse Boileau-based HotShots tasted victory for the  first time in the league, defeating B Challenge 45-36.

Against Mont Fleuri, a more-organised Anse Etoile dominated the match right from the beginning, winning the first quarter 19-4, before dominating the second, outscoring Mont Fleuri 20-7 for a 39-11 half-time advantage.

In the second half, precisely the third quarter of the match, Mont Fleuri managed to paste their game together, scoring 13 points, one less than the Stars who chipped in 14, concluding the third period 53-24.

Mont Fleuri came out stronger in the final quarter of the match to outscore Stars 19-12, but the latter ran away 65-43 winners thanks to their first half advantage.

The win keeps Stars on top of the four-team league on maximum eight points from four wins in as many matches and following the defeat Mont Fleuri have been relegated from third to bottom of the table on five points from a single win and three defeats in four matches played.

They are level on points with HotShots who are now third, but boast a superior basket difference (-35), compared to Mont Fleuri (-52).

Hillary Nourrice was Stars’ top scorer with 27 points, while captain Sarah Rose led the scoring for Mont Fleuri with 20 points.

In the other match played in the division, HotShots registered their first league win, shocking B Challenge of coach Michel Malbrook, following their winless campaign during the first round where they were defeated thrice.

The match did not produce any great action for the fans who turned up at the Victoria Gymnasium, especially the Anse Boileau contingent who came to support Hotshots.

They maintained their composure in the second quarter of the match, outscoring B Challenge 13-6 to lead 23-13 at half-time.

In the second half, the match picked up some momentum as B Challenge fought to catch up with the score, while HotShots pushed forward to maintain their lead.

The third quarter ended 15-13 in favour of Hotshots, bringing the overall score to 38-26.

In the fourth and final quarter, B Challenge threw everything into the match to try and close the gap and they managed to outscore their opponents 10-7 at the end.

HotShots however managed to hold on to their lead from the first three periods of the match, winning 45-36 to secure their first league win after four matches and climb to third place on the table.

Shanice Dubel was HotShots’ top scorer with 14 points, while Shanice Joubert scored 10 points to lead the scoring for B Challenge.

In their next matches, HotShots will face Anse Etoile, while B Challenge will play against Mont Fleuri. 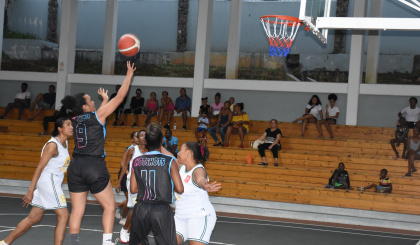