‘We all have Dreams’ charity challenge |01 September 2022 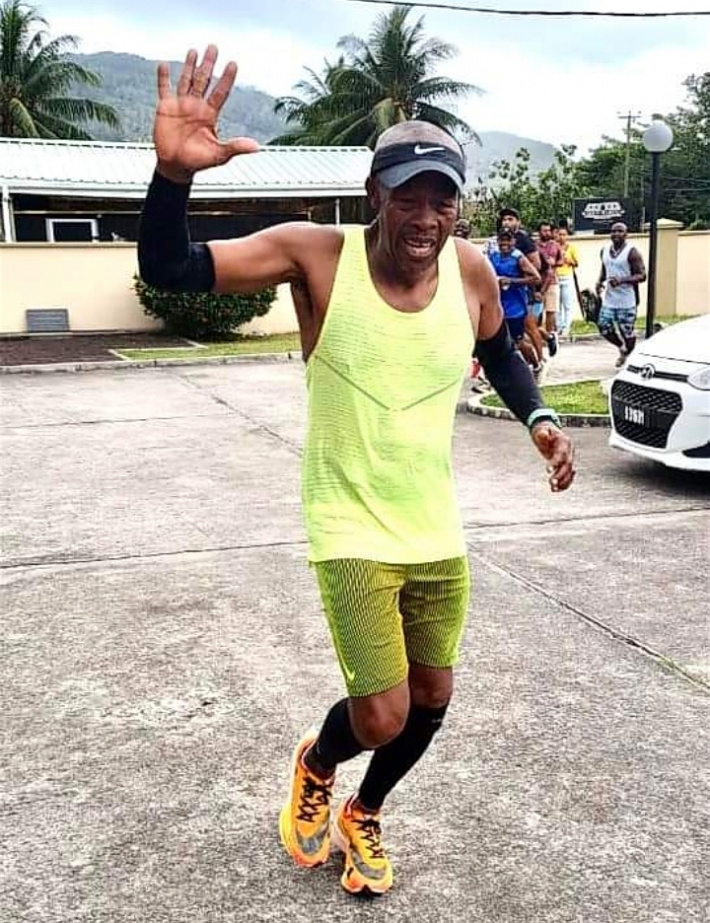 From now on all charity challenges initiated by enthusiast runner Joel Melanie will fall under the umbrella of the Runners of Charity, a group he set up to bring more flare to the activity.

After successfully completing his initial challenge, ‘Run for a Good Cause Project’ in 2018 with the aim of raising funds for financially-struggling associations towards infrastructure development or other facilities to provide long-term support for Seychellois families and children as a lone runner, Melanie gathered a group of athletes who accompanied him through his second challenge ‘We all have dreams’.

Despite having created the group, he was still being the main face of the project, but from now on all future charity challenges will become a team work.

Melanie completed his last run in the ‘We all have dreams’ challenge on Sunday to contribute towards honouring his late mother Regina Melanie who did not know how to read and write until in her late 50s when she started to follow literacy programme (progranm alfabetizasyon) and later on taught others how to write in Creole and English and even count, before becoming a pioneer in Seychellois Creole literature.

Sunday’s run began at Stad Popiler before the runners headed towards Persévérance where they turned at the Holy Spirit Parish Church and headed back to town.

Speaking to Sports NATION, Melanie explained that as a solo runner, he felt that he has achieved all his targets, and looking at the bigger picture, to achieve bigger project, going as a group is more effective and will bring greater results.

From the first run of the challenge, the profit was to assist University of Seychelles student Samirah Sally with a prosthetic arm, while the second event was to raise fund for a sculpture to honour former track and field athlete Danny Beauchamp.

As teaser for the fans and sponsors of his challenges, Melanie has announced that there will be a special event in December which will be Christmas-related.

Already baptised ‘Let’s share the spirit of Christmas’ challenge, the event will take place at the Roche Caïman fitness trail, instead of on the road to attract maximum runners, since it will be open for everyone.

Once again, Melanie explained that the aim of the ‘Runners for Charity’ is to encourage sportsmanship beyond competitive sports, create a platform to bring long-distance athletes together and to support projects to make a difference and give back to the community.

He welcomed all athletes from other sporting federations to join them during their events, without having to leave their respective sports. 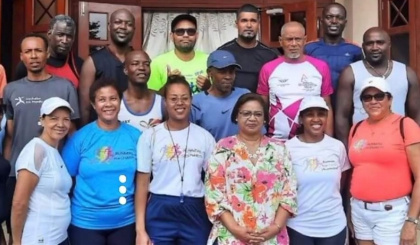 The ‘Runners of Charity’ in a family photo with Minister for Employment and Social Affairs, Patricia Francourt