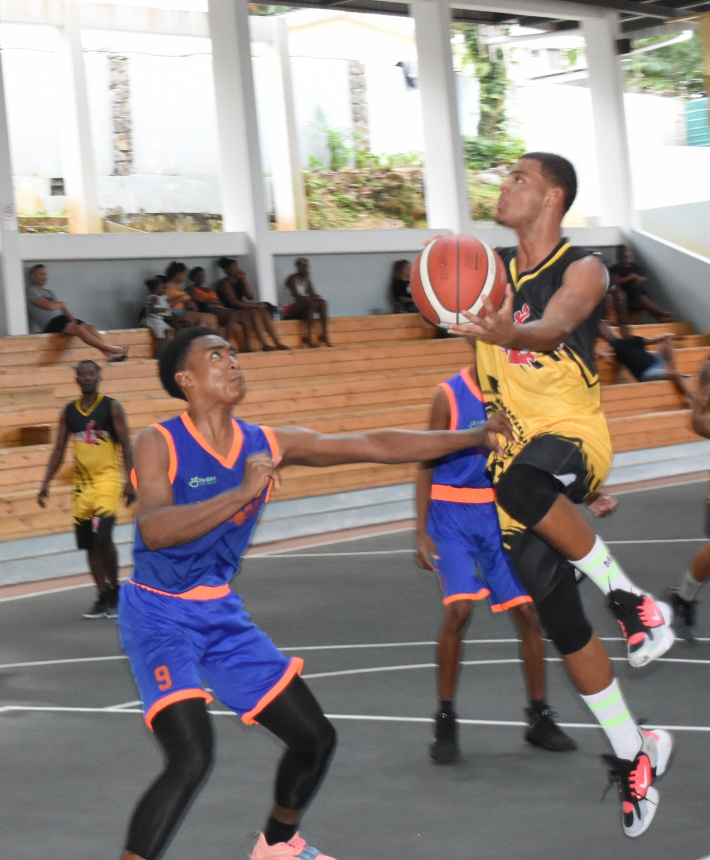 PLS Hawks fly past Baya to land on top

PLS Hawks are now on top of the men’s division one league table after defeating mid-season leaders Baya 76-60, pushing the latter in second spot overall, while Anse Boileau-based AB Boys have regained the top position in the men’s league division two competition after walking over St Louis Saints.

A more organised and disciplined PLS Hawks, both in defence and offence had the upper hand in the match right from the beginning, winning the first quarter 25-15, before clinching the second one 19-16 to lead 44-31 at half-time.

Hawks came out stronger in the third quarter, outscoring Baya 19-12, before the latter regrouped in the fourth and final quarter, winning 17-13.

The damage however had already been done earlier in the match as PLS Hawk marched on to win the match 76-60.

Once again, it was Darius Adam who led the scoring for PLS Hawks, contributing 17 points, while Roberto Esther and Tony Barbe chipped in ten points each for Baya.

Hawks are now on 12 points from five wins and two defeats out of seven matches, similar to Baya, but with a superior basket difference.

Beau Vallon Heat are now third overall in the league after defeating Mont Fleuri Dawgz 61-52 in their last league match on Sunday.

Heat won the first quarter 14-11, before Dawgz fought back in the second quarter, winning it 13-7, concluding the first half 24-21 in favour of the latter.

Captain Timmy Adam had the hot hands for Heat, scoring 21 points, while Sebastien Thomas was Dawgz’s top scorer with 16 points.

Beau Vallon Heat are now third overall, also on 12 points from five wins and two defeats in seven matches, but are behind leaders and second-placed Hawks and Baya due to their inferior basket difference.

As for Mont Fleuri Dawgz, they are presently fifth on nine points after two wins and five defeats in seven matches.

Similar to the top three teams, fourth-placed Drifters who defeated MBU Rockers 84-62 are also on 12 points from five wins and two defeats.

Against Rockers, Drifters started the match on a slow pace, allowing the former to slightly impose their games, with the first quarter ending on a 14-14 tie.

It was in the second quarter that the players of coach Phillip Arissol took control of the match, outscoring Rockers 21-11 for a 35-25 lead at half-time.

Drifters maintained their dominance in the third quarter which they won 24-16, before claiming the fourth and final quarter 25-21 and the match 84-62.

The defeat keeps MBU Rockers at the bottom on seven points from seven defeats in as many matches.

AB Boys are back on top on 19 points from nine wins and a single defeat in ten matches.

The defeat keeps Ballerz sixth overall on 13 points from three wins and seven points out of three matches.

Third-placed Praslin Boys recorded two wins from their two matches played during the weekend, bringing their tally to 19 points from eight wins and three losses out of 11 matches played.

Playing two matches per weekend due to logistic reasons, Praslin Boys defeated Anse Royale 74-45 in their first match on Saturday, while in their second match on Sunday they beat the Bel Air Basketball Academy (Baba) 78-55.

Following defeats, Anse Royale are now eighth on 13 points from three wins and seven defeats out of 10 matches, while Baba are ninth on 12 points from two wins and eight defeats from ten matches played.

The men’s league division two will continue today at the Victoria Gymnasium where MBU Boys will play Mont Fleuri Ballerz. 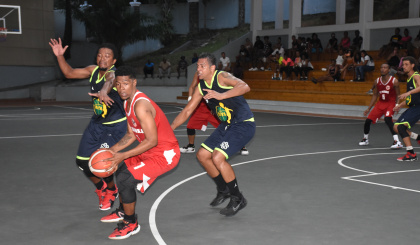 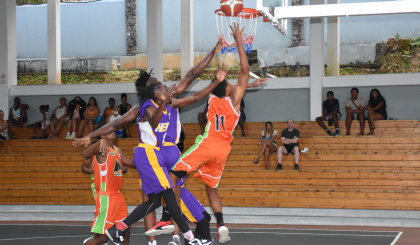 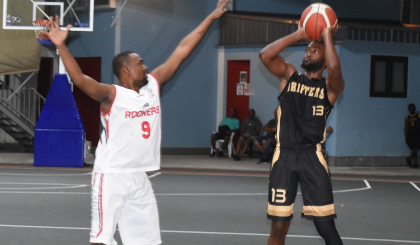