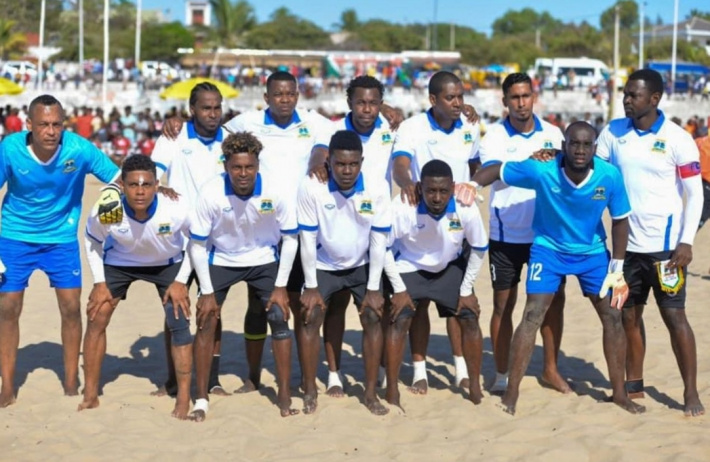 Seychelles exit competition after 11-4 aggregate loss to the Barea

Seychelles will not be among the final eight at the Africa Beach Soccer Cup of Nations scheduled to take place in Vilankulo, Mozambique from October 21 to 30, after being eliminated by the Barea of Madagascar who won both the home and away leg matches.

After losing the home match 2-5 at the Roche Caïman Beach Soccer arena last month, the Seychelles selection suffered another heavy 2-6 defeat in their away match played at Mahajunga Beach in Madagascar on Sunday, exiting the competition 4-11 on aggregate in the qualifying round.

Uganda qualified after beating the Comoros 9-5 on aggregate, while Senegal eliminated Cameroon 16-4.

Egypt qualified after beating Ghana 12-11 on aggregate in the qualifying round, reversing the score after the first leg at the Laboma Beach in Accra finished in a 6-5 victory for the Black Stars.

Victorious 9-1 on July 23 in the first leg in Cameroon, Senegal repeated their dominance in the second leg, winning 7-3 to validate their ticket.

The Africa Beach Soccer Cup of Nations (BSAFCON) is the main championship for beach soccer in Africa, contested between senior men's national teams who are members of the Confederation of African Football (Caf).

The coaches are Alpha Baldé, Travis Julienne and Edmond Robert, while Roddy Rath is the team manager.