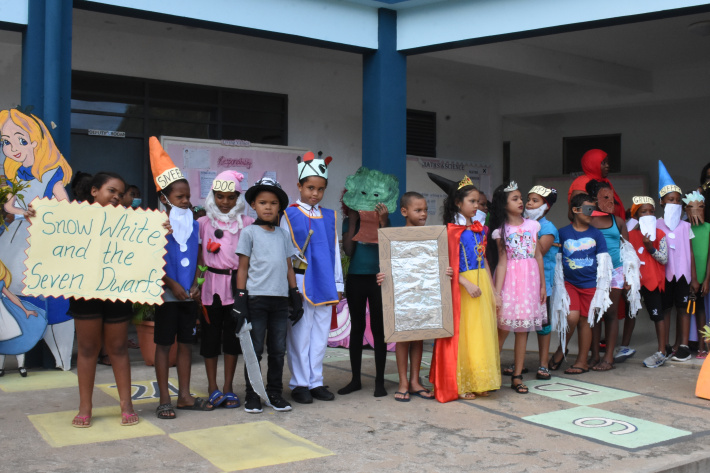 It was in a fun and cheerful atmosphere that pupils of Baie Lazare school, dressed up in costumes representing their different favourite characters in the books they have read, took part in a parade the school hosted last week.

The parade started at the school’s entrance facing the Catholic Church, went down the secondary road to the main road leading to the clinic, passing Navin’s Shop, Enjoy Supermarket, the cemetery before coming down to the crèche and ended in the school’s playing field.

Present for the activity were the chief executive of the National Council for Children, Yasmin Umarji, representatives of the Seychelles National Youth Council (SNYC), teachers, parents and other staff of the school.

Pupils and teachers worked together to prepare their costumes and banners, with support from some parents.

In remarks to launch the parade, the head teacher of the school, Agnelle Monthy, commended the pupils, their teachers as well as parents and all those who have given a helping hand to make the activity a success.

All the pupils of the school, including crèche up to primary six, dressed up as characters from different storybooks such as ‘The three little pigs’, ‘Goldilocks and the three bears’ and ‘The Princess and the Pea’ , among many others. As the pupils marched out of the school’s compound, each class displayed their story character costumes for a panel of judges to see.

“When we encourage children to read, we need to find different ways to motivate them. We know that nowadays, children surf the internet and they no longer want to take an actual book to sit down and read,” Ms Hoareau explained.

She said the book parade was the best way they thought of to accomplish this by making the characters from their books come to life.

She noted that reading is one of the core programmes for their pupils and it needs to be continuously encouraged.

Ms Hoareau remarked that all the pupils were very excited and well engaged and showed great interest to be involved in the activity.

“Everyone had to know their story by heart and the little ones already knew theirs very well, even if they could not recite them like the older children,” she remarked.

Following the short presentation of characters for the contest, the pupils set out on the road with their teachers and were escorted safely by police officers.

Other fun activities to encourage reading were held and these included sale of different books and snacks. In the afternoon, to end their excitement and a fruitful day, the pupils enjoyed fairytale movies of their favourite stories.

Our selection of photos show highlights of the book parade. 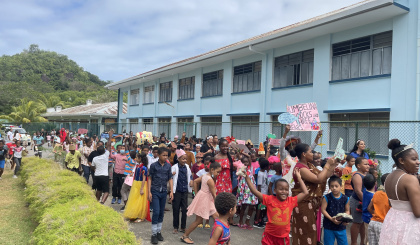 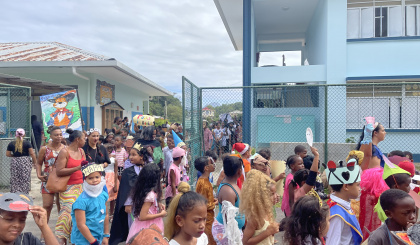 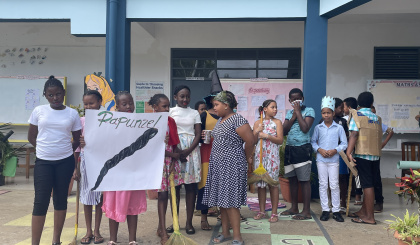 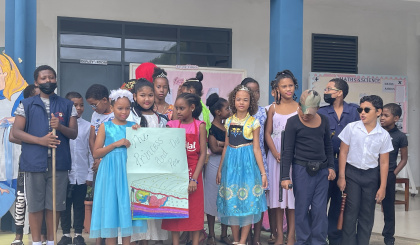 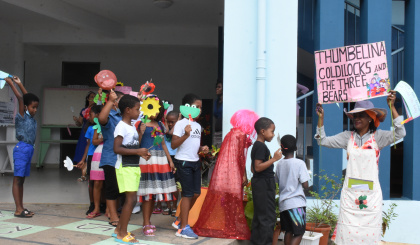 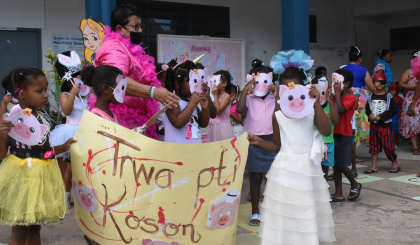